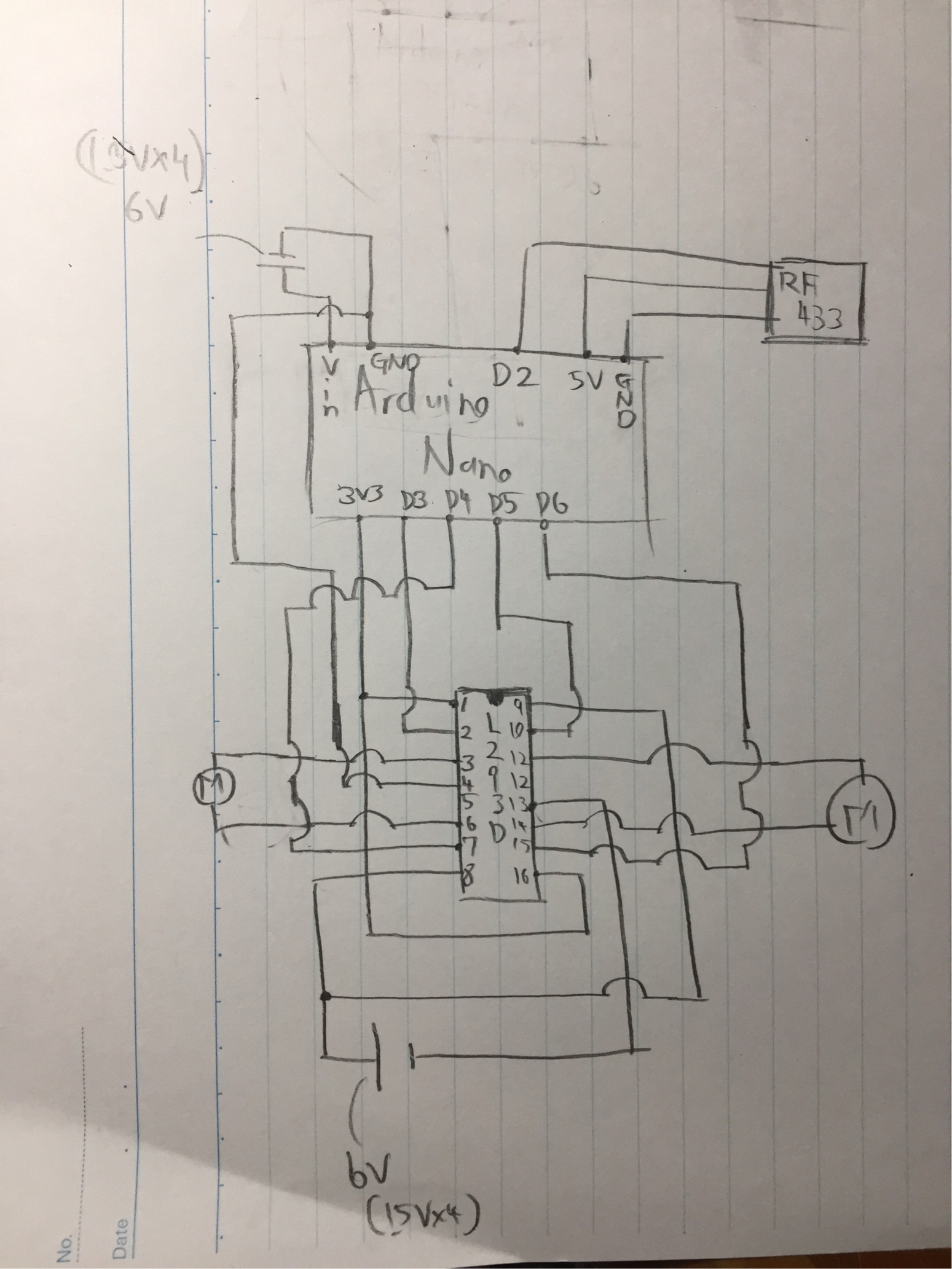 My problem is this:

You have at least three problems here:

1) First and most critically, a nominal 6v pack does not meet the input voltage requirements of the regulator used an Arduino even before it gets loaded down by a motor, and it only gets worse under load

2) L293/L297 and similar bipolar bridges have absurdly high internal losses, so are unsuited to low voltage systems - effectively one of your cells goes just to feeding the wasteful driver chip. Use a modern and efficient FET driver like a TB6612FNG, or else add another cell to the pack.

3) The 433 MHz RF modules are notoriously low fidelity, and in many places not permitted for the control of RC models anyway. You'll have much better results with the sophisticated digital radio modules sold at comparable prices for 2.4 GHz, which are incidentally the functional equivelent of what most RC toys now use (and actually in many cases can be made interoperable with them).

Granted, you may well have other issues as well, such as errors in your software.

Not the answer you're looking for? Browse other questions tagged motor arduino-nano rf or ask your own question.