EDIT: after reading up on some stuff and with the help of the comments people left, I'm certain that it's an overflow issue, but I'm not sure how to solve that...

So I just got an Arduino Yun today and have been figuring out how to use it. I seem to have run into a problem though and haven't been able to solve it...

I stripped down the YunSerialTerminal sketch that allows accessing the yun linux terminal over a usb com port:

It works for the most part, but has some odd differences from connecting via ssh over wifi.

It seems to be dropping random characters from the screen (due to buffer overflow): 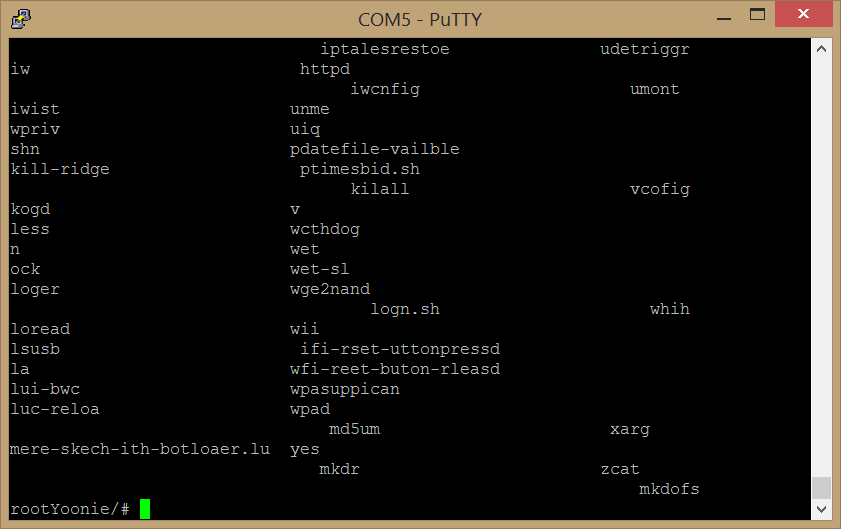 As you can see, it's messed up some of the text such as md5um which should be md5sum and the formatting is all off.

It gets even worse when launching elinks terminal web browser (which works beautifully when connecting via ssh over wifi): 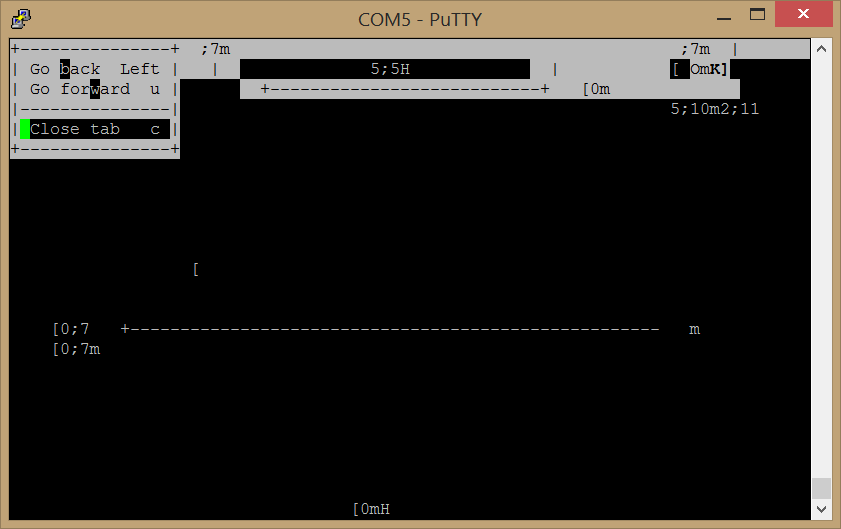 I've also tried different programs (other than putty), including the arduino ide serial monitor, and they all produce the exact same result (and yes I'm setting them to the correct port speed as well).

Does anyone have any idea what I'm doing wrong? I've tried many different port speed combinations and they all produce the same result. It seems that the atheros-atmel link is set to 250000 baud (Which is why I have to use that speed on Serial1 in my sketch), but can that be changed? I've read some things about how 250000 is way too fast when the atmel is involved, but is there a way to change that speed without losing the Bridge library functionality?

Also, could someone else with a yun try this sketch and verify that it works? Load it, and connect with putty via serial (using whatever com port arduino bound to) and double tap tab key to see if the command listing is missing letters.

Browse other questions tagged serial arduino-yun terminal or ask your own question.

2
Arduino Yun, node.js and serial
0
Arduino Yun Webpage Server Issues
2
Arduino and HC-05 hardware serial issues
1
Controlling HDMI Switch via RS232/UART
0
Arduino Yun with PoE does not work when powered via PoE
0
Serial monitor when port is being used by another application
1
Baudrate is set to 9600 automatically even if specifying a different value