Those 4 pins D50 to D53 are the ICSP pins which appear twice on the MEGA; the Ethernet Shield uses the second set of connections located in the middle of the Mega board.

The header files gets told (by the Arduino IDE) that the board is a MEGA so the compiler uses those pin numbers to connect.

Secondly, I assume that you are referring to the following quote on the Ethernet Library page:

The Arduino board communicates with the shield using the SPI bus. This is on digital pins 11, 12, and 13 on the Uno and pins 50, 51, and 52 on the Mega. On both boards, pin 10 is used as SS. On the Mega, the hardware SS pin, 53, is not used to select the Ethernet controller chip, but it must be kept as an output or the SPI interface won't work.

This communication interface is called SPI. 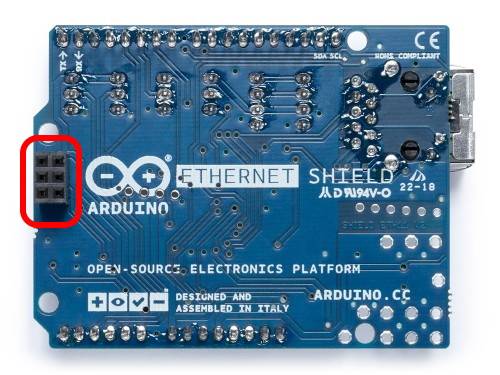 As noted in the above quote, pin 53 is not used as the SS pin (but needs to be kept as an output pin and not used). Pin 10 is used instead for the ethernet SS pin on both the Uno and Mega.