This is my very first project with a Uno board and ESP module. I have some experience with 8051 uP. I'd like some guidance in addressing my issue.

To connect ESP8266MOD to my wifi network and send a TCP message to my HOME_SERVER whenever required.

As a first step, I am trying to send AT+RST command from the Uno to the connected ESP. But there is no response from the ESP. However, I am able to notice a LED blink on the ESP, whenever there is TXD operation in my Uno. 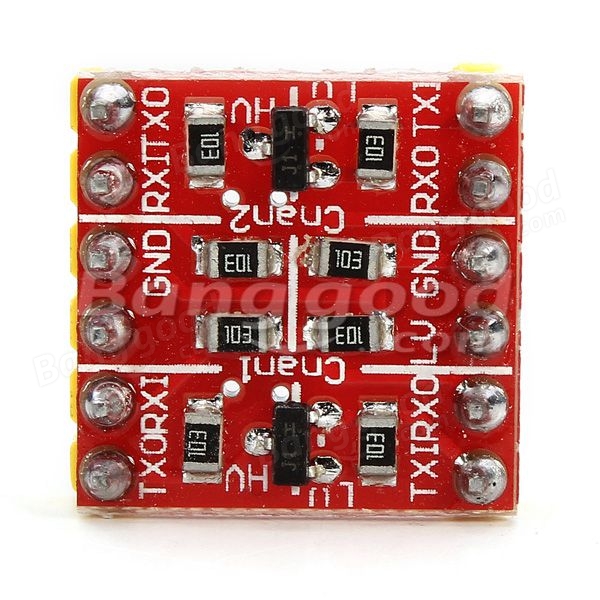 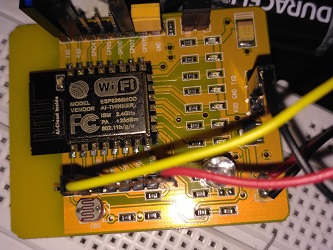 If it is a new ESP module, your problem is quite likely a baud rate mismatch, since you are seeing an LED response but getting no reply.

The last batch of ESP-01s I received defaulted to 115200 baud, but that is too fast for SoftwareSerial (SS). You'll need to change it to 9600. My answer to a related question describes one way to change it.

You could also change it with SS. You'd have to start off SS at 115200 baud, which will usually transmit OK; just ignore the apparent garbage that comes back. Then change SS's baud rate to 9600 to match, and you should have solid communication.

These are the three commands you need to send the ESP to accomplish the change:

Note: Your module might have been preset to some other rate than 115200, in which case you'll have to try various rates until you can get an intelligible reply. Once you do, set the default rate to 9600.

Not the answer you're looking for? Browse other questions tagged arduino-uno serial esp8266 wifi or ask your own question.