Why is my arduino acting like a radio? And is there a way to abuse this?

I am playing around with an arduino and a cheap SDR dongle and I just noticed something strange!

When I play a tune on pin 13 with just a random piece of wire connected to the pin (Using the Melody example from the arduino page: http://www.arduino.cc/en/Tutorial/Melody) I can pick it up as AM sound on my SDR on exactly 64Mhz even as far as 15meters away through walls with a little gain!!!

What magic is going on here and secondly and maybe most importantly would there be a relatively easy way to pick up the signal using just an arduino and cheapo components?

(Just for educational purposes of course, I know that there is better options depending on what I need to send) 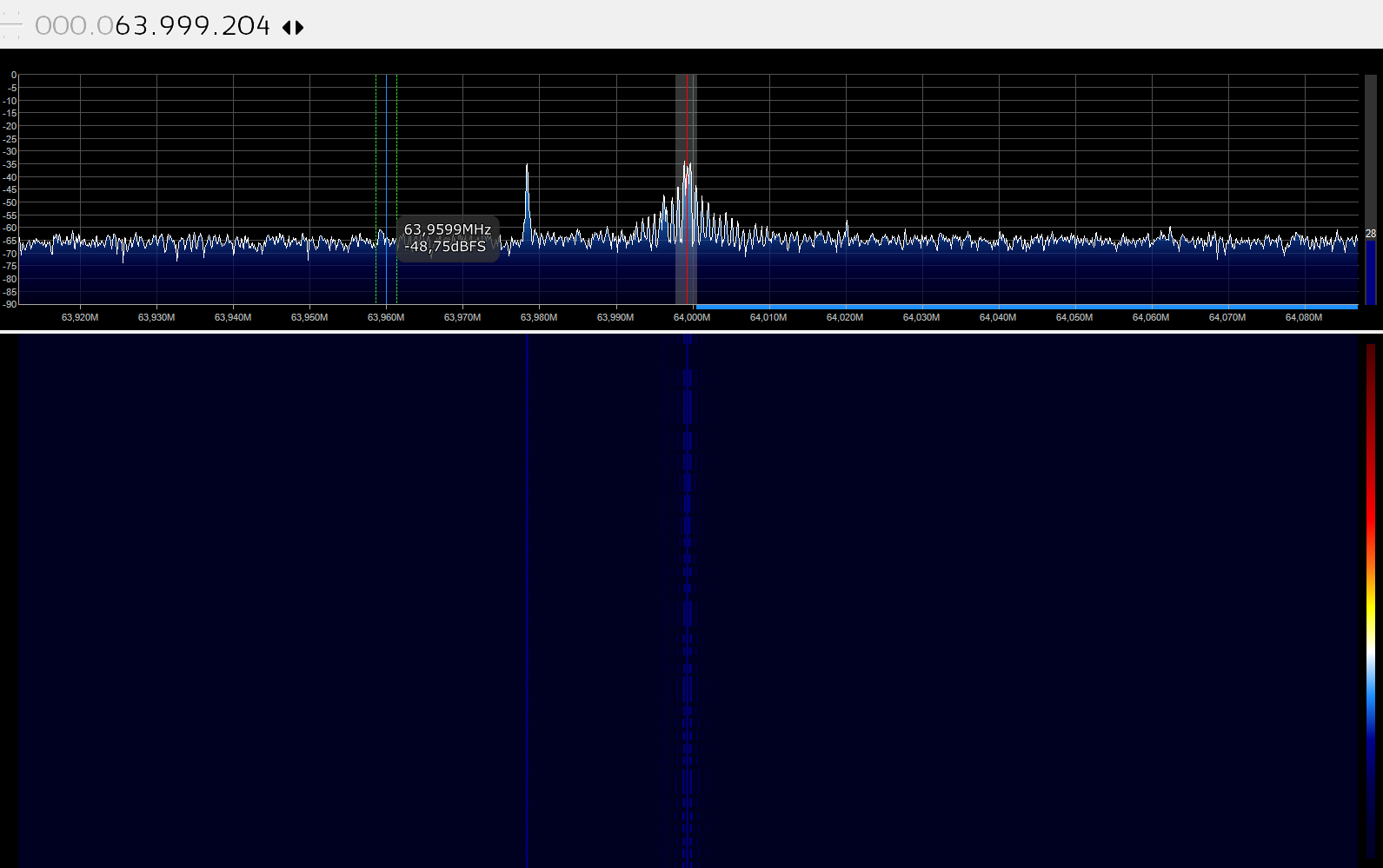 I would like any qualified guess as to what is going on, I am genuinely puzzled...

I did something like that a while ago. Hardware: 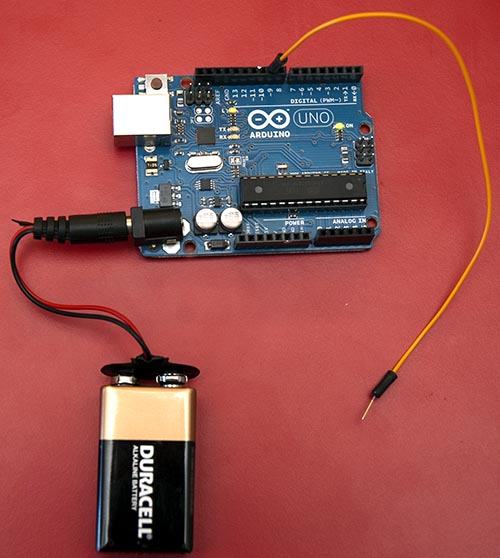 The 16 MHz clock is divided by 10 (that is, 1.6 MHz) and that is used to toggle pin 9 at that rate, giving a frequency of 800 KHz, since one toggle turns the output on, and second toggle turns it off.

If you hold the Arduino near an AM radio tuned to around 800 KHz you should hear a hissing toggling on and off (like Morse code) as the carrier is turned on and off for 0.5 / 0.3 second intervals.

would there be a relatively easy way to pick up the signal using just an arduino and cheapo components?

I think you might find making a receiver a bit harder than a transmitter.

I dont think Nick Gammon's answer actually explains clearly enough what is going on - he just made an example of how to do it. Since no-one else on this site has had a go at explaning it-I will-though Im no expert in arduino radio communications.

"What magic is going on here"

Its not magic -you are observing the principle of "electromagnetic induction" and the principle of "resonance". Its not unique to arduino- basically an Antenna transmits information by making on and off power changes in the electrical current in the wire-as you are doing playing the melody. By the famous Maxwell equations this energy in the wire creates a corresponding invisible waves in the air. A well known circuit in electrical engineering (tank circuit or oscillator circuit) says that there is also a corresponding receiver circuit (which can be a radio) that will change the waves back into sound (by using the principle of electrical resonance).

Not the answer you're looking for? Browse other questions tagged arduino-uno hardware or ask your own question.

7
Is there a way to make wiring a bare microprocessor to a shield easier?
1
Non line of sight radio and arduino uno
0
İs there any way different way than GND's Arduino
0
Arduino radio communications
0
Why doesn't this code work?
0
Why are my if statements acting like the condition is always true?
0
Cannot understand why this code work but this not