TL;DR - Can the six yellow ISP pins be used as a normal ISP?

The usual USB-TTL FTDI breakout board looks like this:

Recently, I came across a variant of the board shown below. However, what are the additional yellow header pins on this board for? They are labelled ISP. 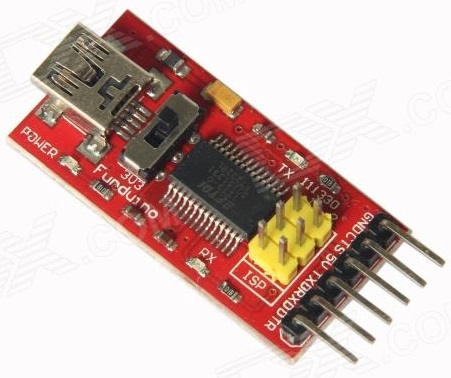 Here is a view of the rear: 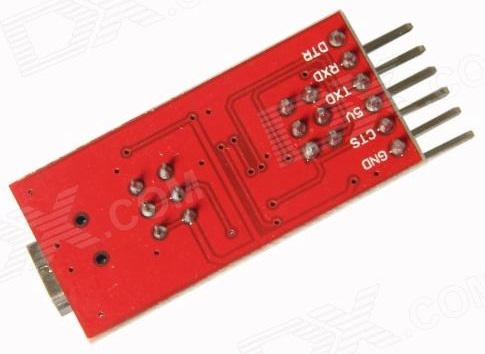 So can they really be used as a standard ISP/ICSP?

However, according to the diagram below, which labels the 6 pins in question, I am not sure that there is a valid correlation of signal lines. 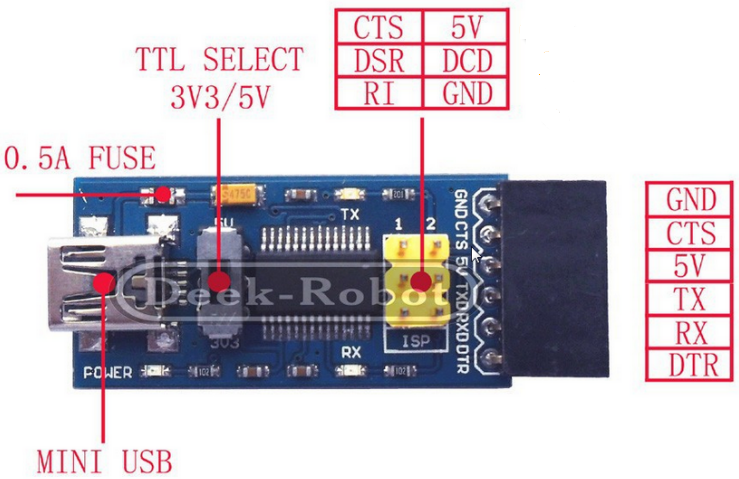 As a new feature there is a 6-pin ISP header available. With it, avrdude and avrftdi you can program Atmels and Arduino bootloaders. A special version of avrdude with compiled FTDI driver is neccessary.

However the provided link to that version of avrdude, with the compiled FTDI driver, is dead.

It is also said, in post #7, that these pins are actually equivalent to an X3 connector, as found on the older Arduino Dicimila/NG/Duemilanove boards. 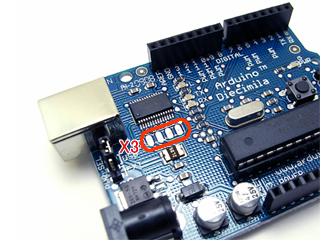 and those can (evidently) be used like so, as a bit banged SPI, 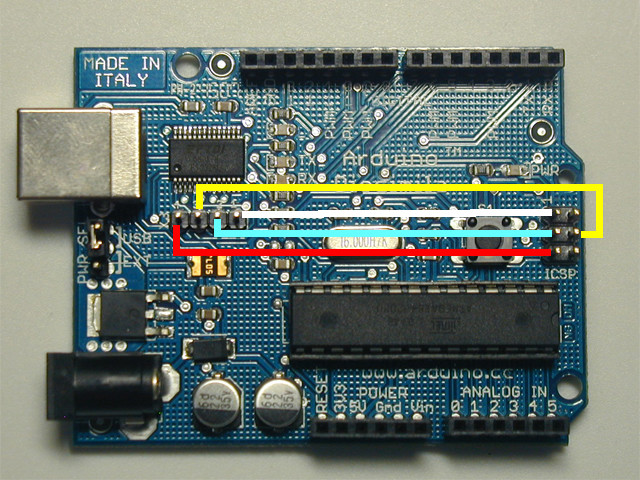 It should be noted that the RI, CTS, DCD and DSR (labelled RSD) pins are available, along the sides of the original FTDI breakout board. So, does the breakout board with the ISP header just provide access to these same signals using a different header?

I am a little confused - have I just over thought this, and this breakout board is simply an ISP/ICSP header and an FTDI connector rolled into one board (when used with the appropriate version of avrdude)? Or is it not a usual ISP header? I can not find any specific documentation relating to this type of breakout board, as stated in post #4.

Can anyone say, definitively, what these six pins are for? If they are not a normal ISP header, could you provide a detailed way of using it? A schematic would be helpful.

There's a thread about that on the Arduino Forum - someone had a similar question.

I found a schematic (below) which is not for that board, however the header pins are labelled the same as you found, so it is plausibly similar.

It appears that header is used for "Synchronous Bit Bang mode" as documented here: Bit Bang Modes For The FT232R and FT245R (Application Note AN_232R-01, Document Reference No.: FT_000339)

You can in fact configure that header to be an SPI programmer, as described for example, in FT232R Bitbang Programmer.

I made up a test as I had a similar board in my parts drawer: 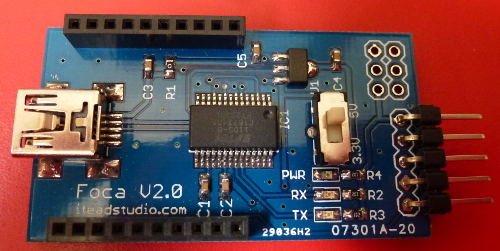 It had provision for a 6-pin header similar to yours. Turning the board over we can see that they were labelled exactly the same as yours: 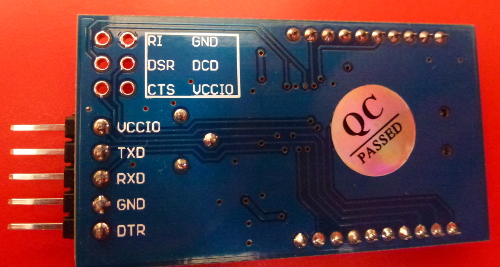 I soldered on a header (in yellow, to be consistent) giving me this: 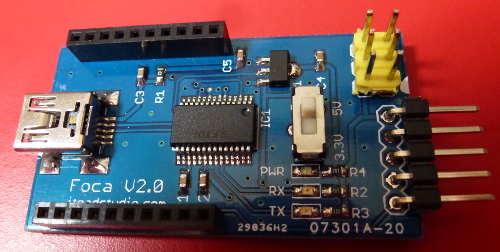 I added a white dot to indicate pin 1 (visible on the edge) so I plug the cable in the right way around.

When I attempted to use the board I got this message from avrdude:

So, it had to be compiled from scratch! I am using Ubuntu 14.04 if you are trying to follow along. :)

Go to the site http://www.nongnu.org/avrdude/

Before compiling I had to grab libusb and libftdi:

Now we make avrdude after extracting the archive and navigating to its folder:

Inside the avrdude.conf file which comes with avrdude I found (after some pondering) this seems to be the correct entry:

The mapping of pins to numbers works like this... From the PDF about bit bang mode mentioned above we have this table, with annotations in blue by me:

The numbers refer to the bit number (i.e. in the range 0 to 7) in the "bit banged" data byte. We can see from the earlier schematic that, for example, MISO on the ICSP header is wired to CTS on the FT232RL. Thus MISO is data bit 3, which we tell avrdude in the above configuration. Similarly SCK is data bit 5, and so on.

I got a permissions error which was fixed by creating a file in the folder /etc/udev/rules.d/ called 71-FTDI.rules. Inside this is:

The numbers may vary for your board. You need to find the vendor and product ID. In Ubuntu you can do lsusb and see (amongst other things):

Note the two hex numbers, which get copied into the rules file.

After doing that, tell the system to reload the rules:

Then unplug and replug the FTDI board to get it to notice the new permissions.

Finally, the avrdude line above works and reads the chip:

I had mine plugged into an ATmega328P.

Example connected to a Diavolino

Once we have got this far you just connect the FTDI board to your target board with a straight-through cable.

The FTDI board you have (and the one I have) can be used as a ICSP programmer for the AVR chips, as described above. Thus a simple board can be both a USB to serial converter, and also an ICSP programmer.

I see similar boards selling on eBay for around $5 so that is probably quite a cheap programming option.

Additional programmers.txt entries to use "FT232R as ISP"