On my board, there are 12 (2 groups of 6, each group consistent of 3 rows of 2 pins) weird male header pins. What are these, and how would you use them? 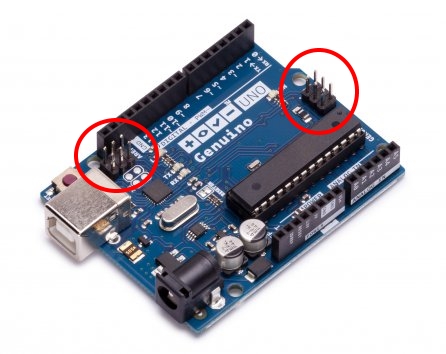 These are the In System Programming (ISP) pins. They are used to program the microcontroller without using the bootloader.

Using the ISP can be useful when: 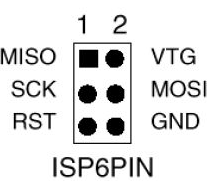 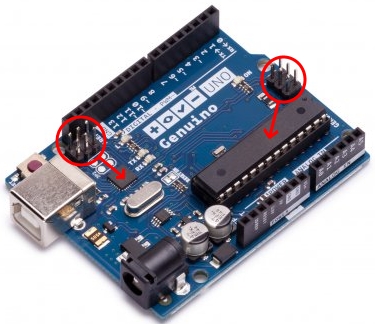 The following document details the ISP and gives descriptions of the pins used on the ISP header and how to interface them with the microcontroller etc.:
[PDF] AVR: In-System Programming - Atmel

EDIT: As Majenko correctly points out, the 2x3 ISP header closest to the ATmega328P can also be used to connect sensors and controllers that communicate using the Serial Peripheral Interface (SPI).

More information on the Serial Peripheral Interface and the SPI Library can be found at: https://www.arduino.cc/en/Reference/SPI

Not the answer you're looking for? Browse other questions tagged arduino-uno pins isp or ask your own question.

8
What are the SVG pins for on the SainSmart Uno clone?
3
What do these pins on the Uno do?
12
FTDI Breakout with additional ISP connector
1
3x3 LED Matrix with less pins
0
Arduino Uno board with male header pins
0
What are exactly XTAL1 and XTAL2 pins in Arduino Uno/Nano?
1
Connecting an arbitrary number of pins to pin holes without soldering?