Controlling a capacitive touch screen that doesn't have I2C/SPI

I have been searching for cheap slim 3" 16:9 capacitive touch screens for a while now. But I couldn't find any that had an I2C or SPI interface. The cheap displays always have these ribbon cables with a ton or pins and it's really hard to find a way to control them from an Arduino (or ESP-32 or ESP-8266).

I recently found this one, but how do you access such a touch screen that doesn't have an I2C or SPI interface? Do I need some sort of driver board? What exactly would I be look for? 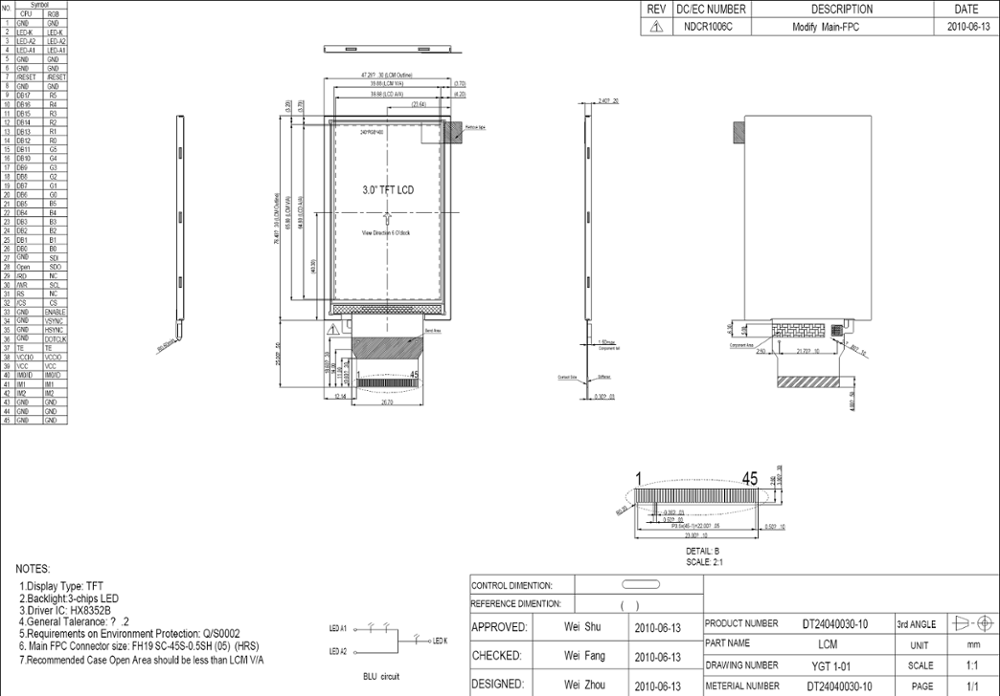 Do I need some sort of driver board?

There are quite a few solutions around to interface with parallel devices like that. Some can be purchased off-the-shelf. I described a home-made solution on my page Connecting a graphical LCD via a I2C/SPI using a 16-bit port expander.

This isn't a touch screen, but from what I can make out of your (rather hard to read) image, it looks similar in concept. 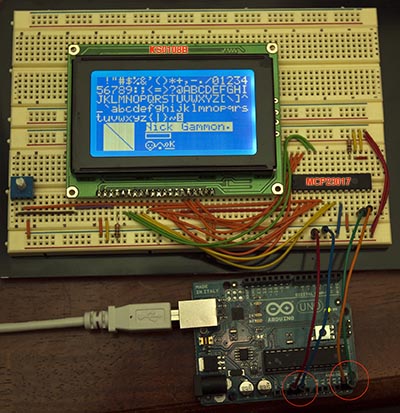 As you can see from the photo, there are only four wires from the Arduino to the LCD board: +5V, Gnd, SDA, SCL.

Depending on the complexity of the driver (on the touch-screen board) writing suitable code may be moderately easy to slightly harder. It depends on how much you are used to coding for these port expanders, and how fiddly the interface requirements are.

Since Adafruit offer a driver shield, it can presumably be done.

There are two major parts to a capacitive touchscreen:

You have to have both in order to use the panel.

Basically the panel is like a matrix of capacitive sensors, and the controller chip has to rapidly cycle through each row of them (or column if you hold it the other way) sensing all the inputs on that row. It's quite a complex task, and so a special chip is really required for the job.

It's that chip, not the touch screen panel, that presents the SPI or I2C interface.

Not the answer you're looking for? Browse other questions tagged i2c spi display or ask your own question.

2
Looking for a game application oriented display for Arduino Mega
4
I2C and SPI at the same time?
0
Drawing specific RGB on touch screen
3
Confused between SPI and I2C for SSD1306 OLED
0
SH1106 - Transferring long buffer via SPI
0
Send Strings via SPI both ways using two Arduino UNOs(Master to Slave & Slave to Master)
0
Which Arduino microcontrollers are able to drive a parallel 8-bit ILI9341 display at 320x240@60fps with DMA or extra CPU core or both and how?