What is the proper way to implement PID?

How I would implement PIDs on a per-motor basis? 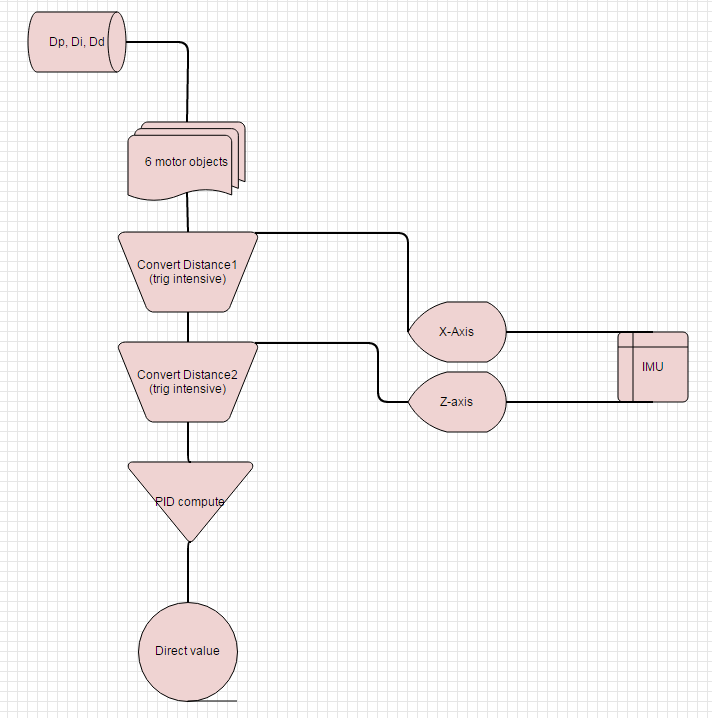 How I would implement PIDs on a per-axis basis? 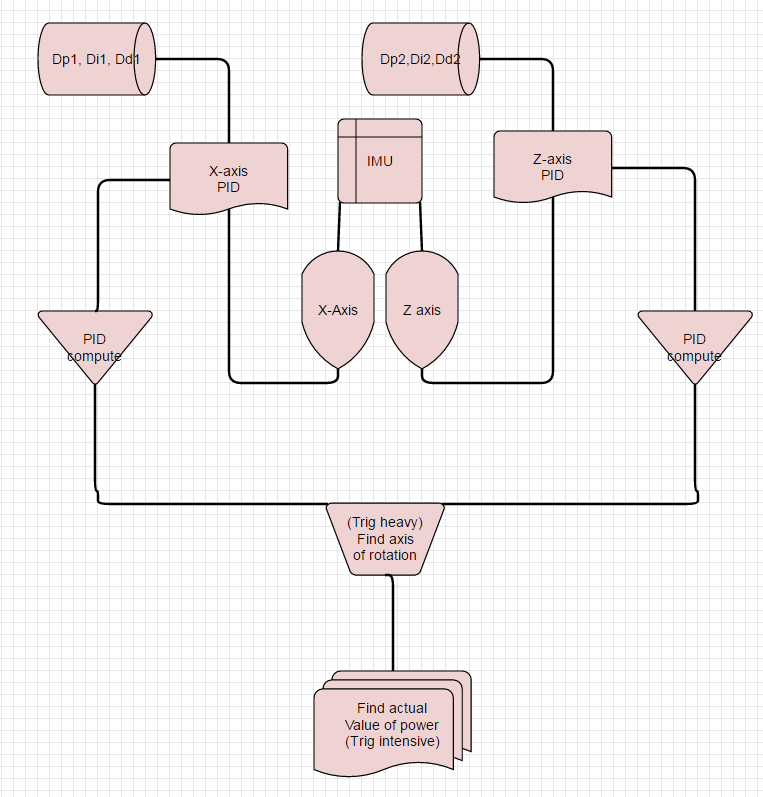 I'm guessing that the second one will be the best course of action, as it can all be put into its own loop, where the PID data will be available on-demand, as opposed to calculating it on the spot. It is object-oriented, and runs in the background.

The first one has its appeals, too. It eliminates some of the calculations needed in order to find the actual value. It is procedural, and very straightforward and performs on the spot.

What do you guys think?

Each unique variable you want control over should have a single pid loop, and each loop should only ever stretch across one "order" of time.

For example, to control the craft's roll rate, you should have one PID loop that takes the target roll rate and outputs the controlled roll torque value, which gets transformed somehow into motor accelerations. The trig weights for that part can be precalculated so it doesn't have to happen at runtime.

I don't see why each motor would need its own PID loop unless you are measuring the actual thrust each motor produces. If you did measure each motor's thrust their pid loops would still come after the target torque value were calculated. The target torque PID calculations don't need to know about what motors exist or where they are located.

I may not be understanding the intention of your diagrams or what "order" the PID loops are in, so feel free to comment with clarifications. This is complicated stuff.

Its also worth noting that the actual implementation pid often has some features that don't appear in theoretical pid loops like integral windup prevention. You also need a way to either call them at exactly the same interval each time, or accurately keep track of the time delta since the last update. You may want to take the derivative of the process variable only, not the error, so you don't observe setpoint changes in the D term; you could also "outsource" the derivative term if you IMU has a better calculation of it (like the raw gyroscope values).

I will give a generic C-answer to it:

with this approach, the algorithm is only implemented once and the can be used / reused as many times as you want.

Not the answer you're looking for? Browse other questions tagged arduino-due remote-control code-optimization pid drone or ask your own question.