Custom Arduino board beeps and process freezes while I'm uploading a sketch to it. Why?

The strangest thing is happening to a standalone Arduino board that I designed and built. The board (whose schematics are below) has the following features: 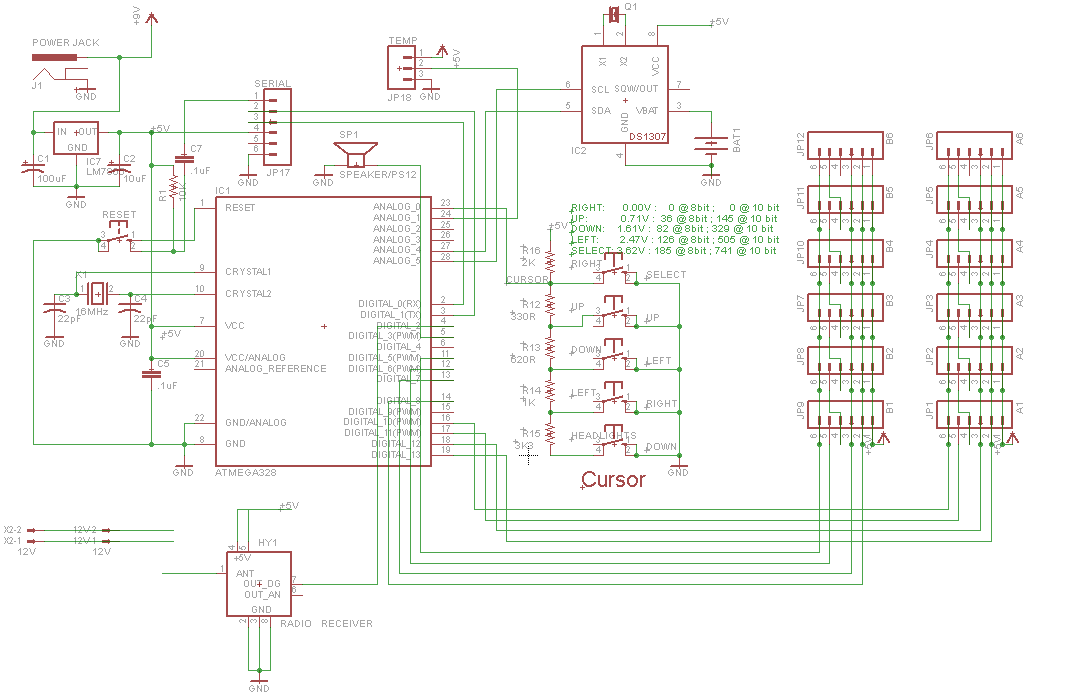 I upload sketches to it using a RS232-to-TTL adapter that I've also built (schematics also below) and a Serial-to-USB cable. When programming it, the board behaves much like a Severino board. 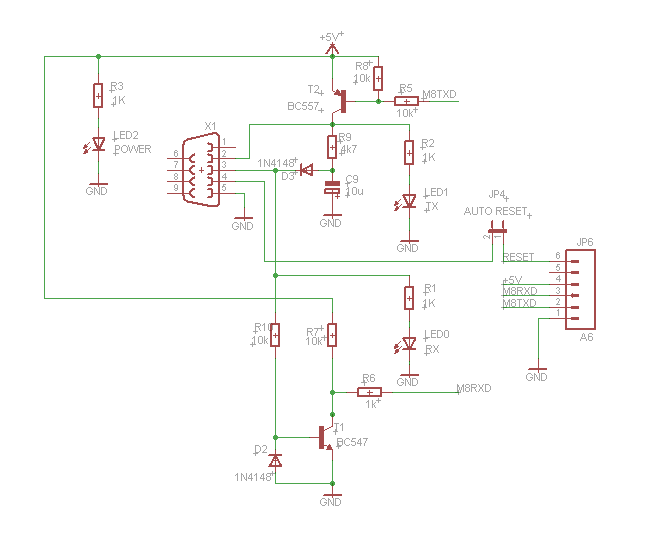 What's strange is that, when I upload a sketch, the process is paused in the middle and then the speaker starts to beep continually. It pauses with the following avrdude messages:

When I press reset on the board, avrdude continues outputting its messages (such as below), the beep stops, the upload continues and the sketch is uploaded successfully to the board.

I don't have the rest of the messages handy here, but I hope you get the idea.

So, my questions are:

What is making the upload process pause?

Well, given all the comments made under your question, this is definitely a tricky one. You might want to try to add a decoupling capacitor as suggested by @jfpoilpret, though your schematics look alright to me… (maybe ask a review of it on EE SE).

I'd also advice you to copy the avrdude command from Arduino IDE output (you'll find it at the top), and run it in the command shell with lower bitrate:

Did you also set fuses correctly? You might as well want to check the values of the fuses to see if the clocks are correctly set up:

which will output the values of the fuses. Then to make the values readable, put the values at the bottom of the form on the fuse calculator site, after choosing the Atmega328P MCU from the dropdown list.

Why is the buzzer beeping when the process pauses?

It's because when the processor does not have the output set up, the values within the registers are in an undefined and unpredictable state. Which means that usually it keeps the last value it had before a reset, or changed state because of some electrostatic weirdness, or is giving some weird PWM output because of the influence of a clock nearby.

So basically, there's something wrong happening when you're uploading your code and that wrong thing has an indirect effect on the audio. I wouldn't worry much about that stuff, but more about the cause of the pausing.

Sadly, I don't have a direct answer for you, but at best a few paths you should investigate more. HTH

I finally found what was causing the problem: the reset signal from pin 4 (DTR - Data Terminal Ready) on the DB9-Female connector was spiking up to 10V before going to 0V and was triggering high-voltage programming on the ATmega. Below is a scope shot showing the situation: 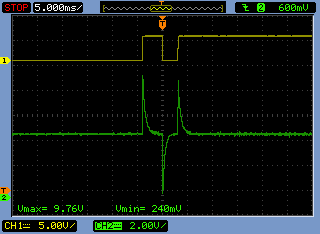 The yellow trace is DTR signal while the green trace is the RESET signal on the ATmega.

According to Atmel's Atmel AVR042: AVR Hardware Design Considerations application note, one should add an ESD diode between ATmega's RESET and Vcc to prevent the reset signal from triggering high-voltage programming mode, like so: 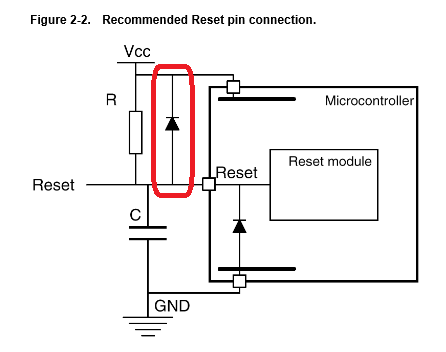 After adding such a small signal diode (1N4148) like the app note recommended, I got the issue fixed. See below the scope shot taken after the diode was added. 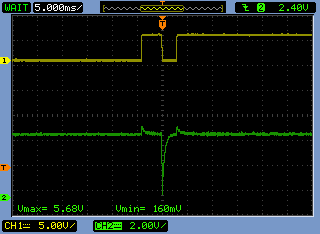 That was a tricky one!! But I could never find what was wrong without research and the right tools. Money on a scope is money well spent!!

I'm not sure but the problem may also be related to the auto-reset feature of the converter board.

I copied the converter board design from the Arduino Severino and according to its manual, the serial communication must be set to 19,200 bps for the auto-reset feature to work.

Be sure that computer COM Port speed is set to 19200bps otherwise auto reset will not work properly.

Not the answer you're looking for? Browse other questions tagged severino serial or ask your own question.

4
Why Arduino Severino (S3V3) sometimes needs reseting when uploading a sketch?
21
Why can't I upload a sketch while other components/devices are connected to my Uno?
1
How can I stop SoftwareSerial from receiving data and re-enable it at some other point?
2
BLE Mate 2 bluetooth module to Arduino Uno without FTDI SmartBasic
0
Problem receiving data from RPi to Arduino via serial
1
Arduino board as USB/serial for a Nano with broken USB
5
AT command is not responding on serial monitor
0
usart sketch uploaded using makefile gives unusual behaviour