When I wanted to test my Nrf24L01 I wanted to be sure of it working fine, so I used this code for an Arduino Uno:

The thing is when I opened my Serial, I got this each 5 second:

Which apparently means that there must be something wrong with the connection, as far as I know .

noting that i have this Nrf24L01 with 10 pins, so i tried to attach it just like the following picture shows :

So I tried to plug it in with the Arduino just like this: 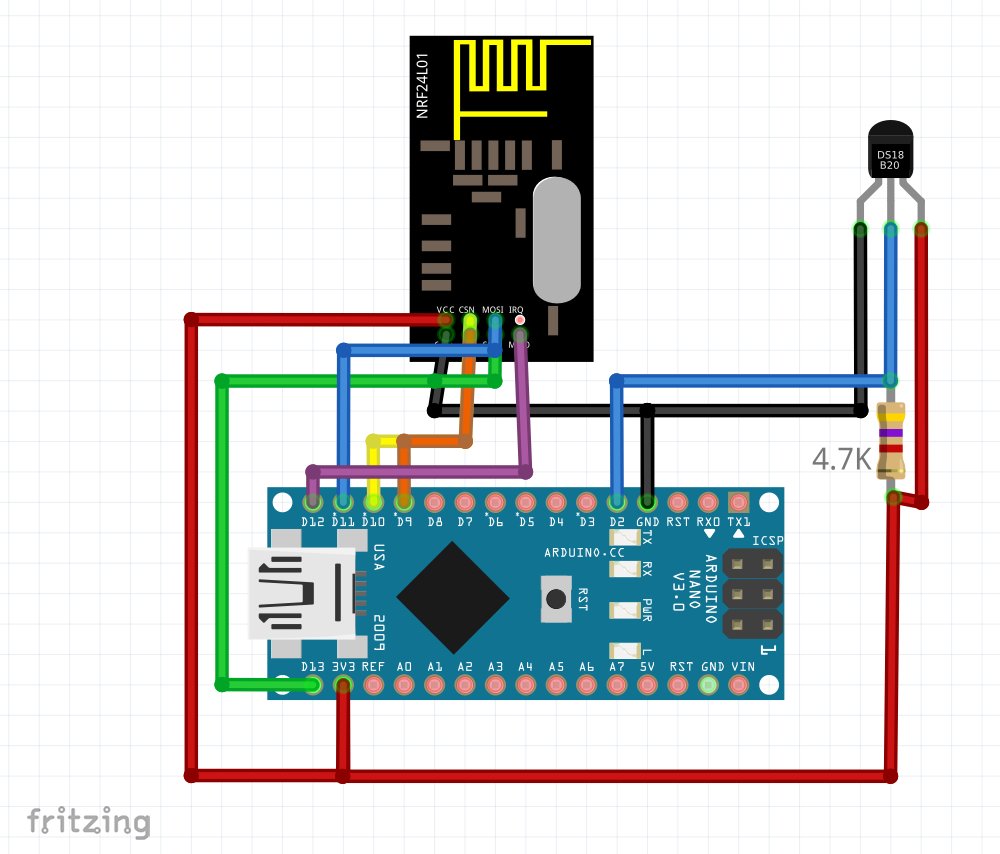 What was the mistake?

I think problem lies in your Arduino sketch, specifically in this line:

Now, you have set RF_CSN pin to pin#7 while actually, its connected to pin#9

To get this to working you, try changing above lines of code to:

you can check this library I made some time ago:

there are examples for different situations (broadcast, interrupts etc.)

Not the answer you're looking for? Browse other questions tagged arduino-uno nrf24l01+ or ask your own question.