I'm trying to play sound on Arduino Uno with a VS1003 module, using schematics and most of the code from this project and I have almost succeeded, but I've got (I think) a performance problem and I don't know what could be wrong. Midi files and low bitrate WAV files are played perfectly (so I think the code and wiring is OK) but when I play MP3 file I hear the song but the sound is slowed down (interrupted) with lots of little breaks (per second). I think it's not getting the data fast enough, but the original project is the same and it works! What can be wrong? Could it be the SD card reader module or SD card?

I have to note that the original wiring from that project was not working in my case because of SD initialization error. It started to work after I've replaced the 2.2K and 3.3K resistors for SPI lines with 100K and 200K. (I didn't have to replace those on the DCS, CS and RST lines of the VS1003 module). Also I don't have the LCD and buttons so my main loop() is just empty. I use the Serial for debugging (but not during the playback). 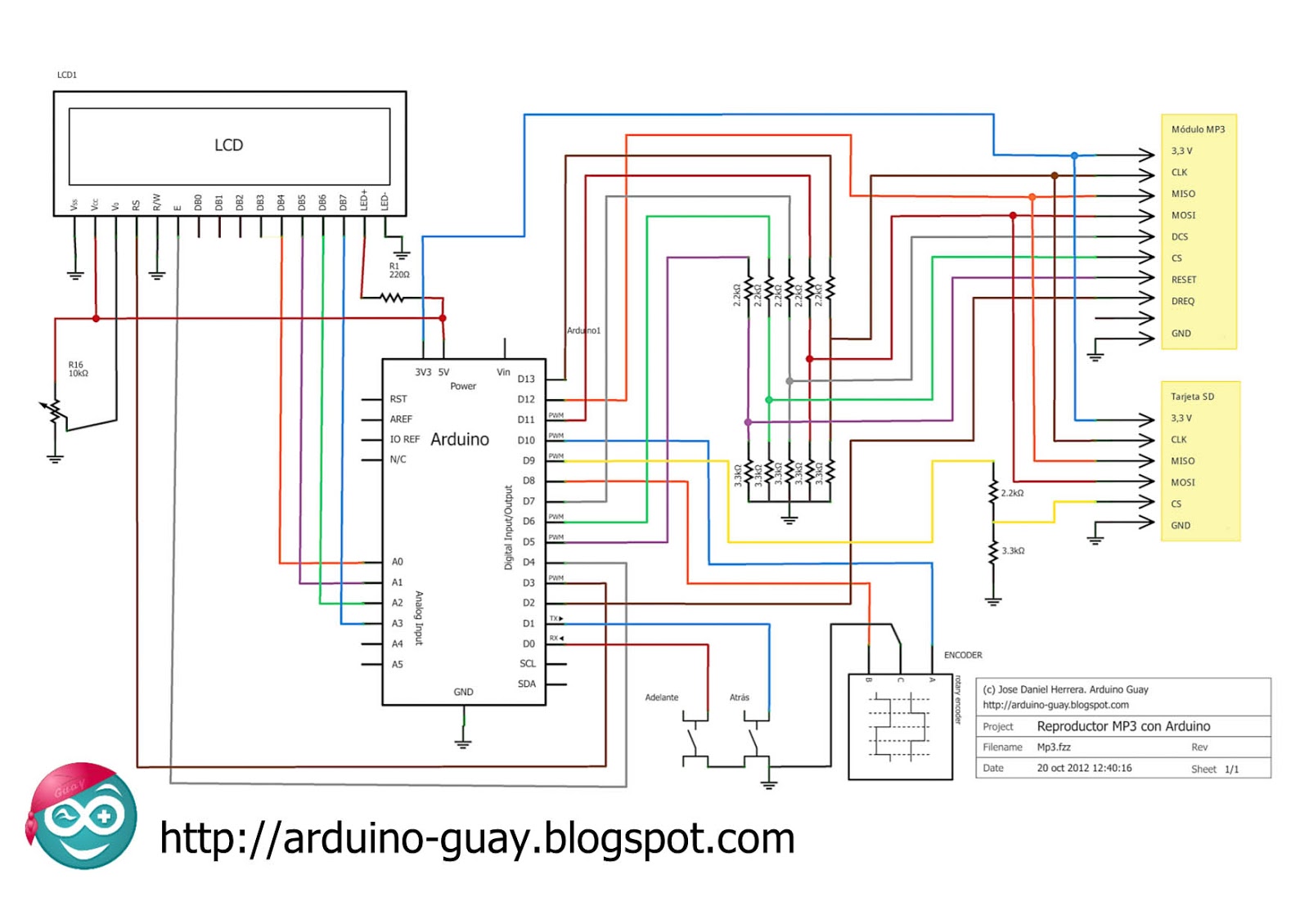 I have tested the SD card performance and the result is 107kbps - no wonder the 192kbps mp3 is sliced! So it is clearly the SD card performance problem. Does anyone know why it could be so slow? Can the wiring or voltage affect the speed? I'm using LC STUDIO card reader and TOSHIBA SD-M512 card (512MB). Just tested the card in PC and it's fast, so it's either the reader or wiring.

Browse other questions tagged arduino-uno sd-card audio performance or ask your own question.

0
How to connect mini jack output to arduino mini pro and send sound to it?
3
Using TMRpcm library, the audio does not play
3
What is the best way to get more RAM for a sound buffer?
2
Is it possible to use Arduino PWM for audio within a PAM8493 amplifier?
0
(YX5300 MP3 player) Why is this code not working?
0
Can I use WTV020 sound module as SD card reader?
0
Getting an Arduino Uno and MKR zero to communicate
0
Detect the end of playback of a MP3 file with DFPlayerMini / DFRobotDFPlayerMini.h library
0
Alternatives to read mp3 without using an sdcard as source for the files?