Safe to control multiple power sources through a switch through the ground?

I've attached the breadboard layout and schematic of a circuit I'm constructing, which is a simple Arduino radio control car, with a 9V powering the Arduino Uno, and the 6 volt battery pack feeding power to the motors via the L293D. My question is regarding the switch where I've connected the ground from both battery power supplies to one side, and connected the ground of the circuit to the other side. Is this OK and safe to do? Is there anything I should be concerned about with this setup? Is there a safer or better way to do this? What components added or removed (if any) would improve this circuit in terms of power safety and battery longevity?

In case you are wondering why I have two switches, the reason is because I wanted to debug the radio receiver using the serial monitor when I wired this to USB, but I also wanted to prevent it from powering up the motors so my project doesn't try and roll away while it's still connected to the USB cable. The switch I'm asking about in my question is sort of a mains power switch, so when it's off USB I can just flip on both switches and set the robot car free... 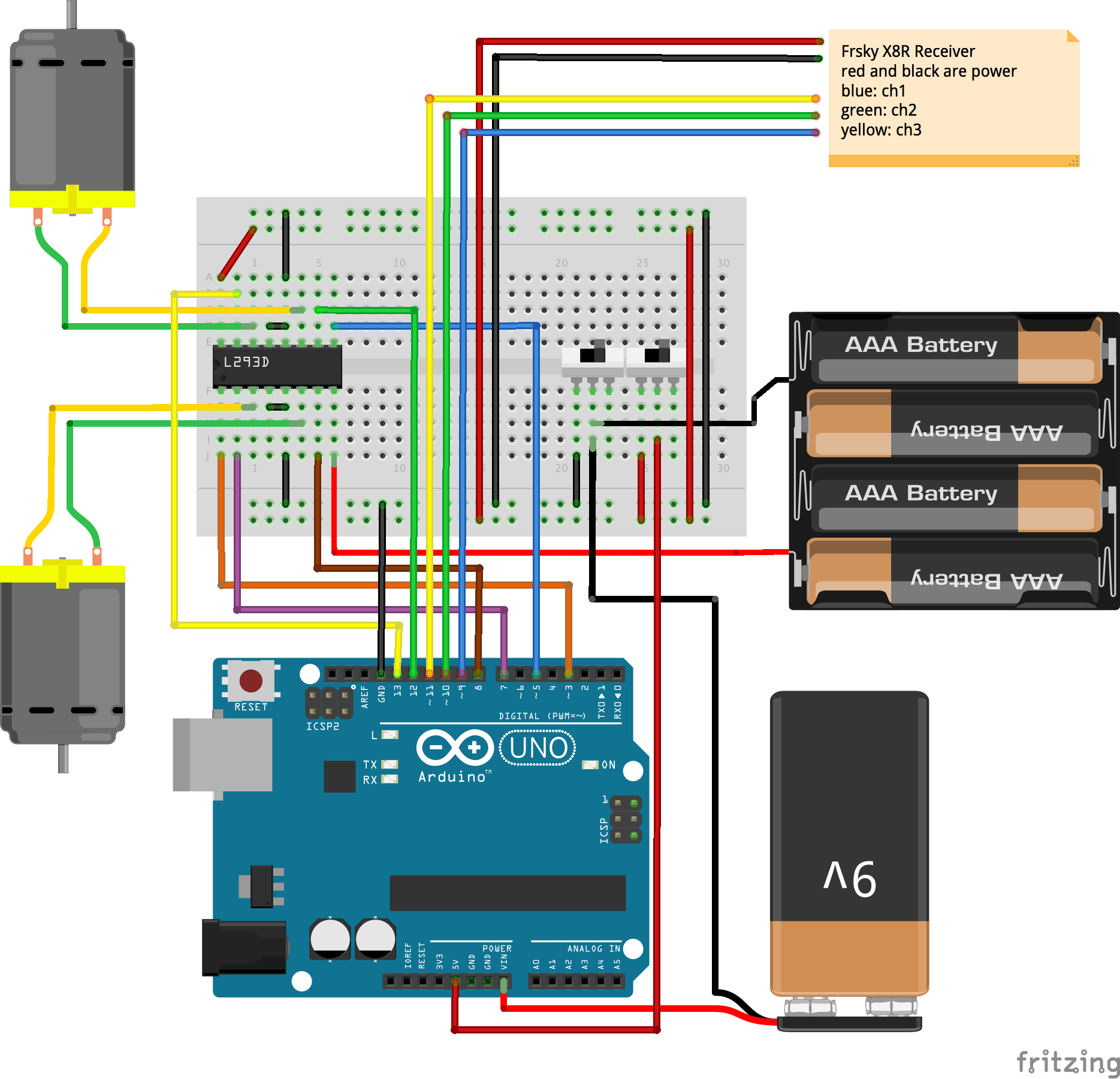 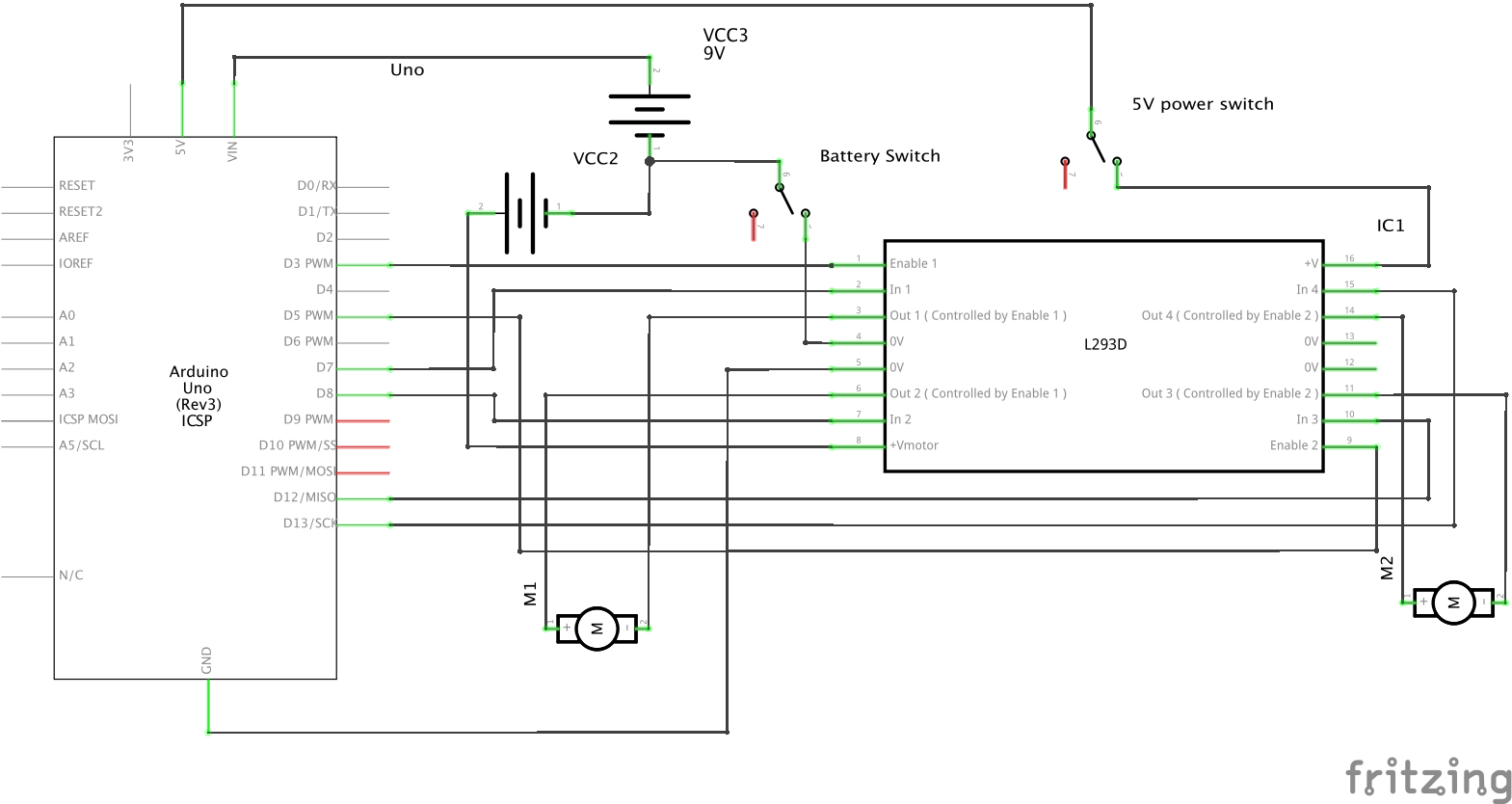 You have the grounds of the batteries permanently connected together, so opening the switch won't remove them from the circuit altogether: it will leave a potential difference of 3v between the Arduino's power input at the L293's power input.

I suspect it won't kill anything but I would imagine it would drain the batteries and probably isn't what you want to do.

Not the answer you're looking for? Browse other questions tagged arduino-uno power motor battery or ask your own question.

0
Answer power IN from two sources
0
Can I safely power my UNO and DC motors with the 5v1A and 5v2.1A ports on a USB charger?
0
Unplanned behavior with two power sources
5
Two batteries sharing ground?
0
Replace 6 pin on/off switch on Power Bank with 3pin or 2pin?
1
How do powering arduino both barrel jack and lipo battery together?
1
switching power sources
1
Is this circuit damaging my arduino/components?