Do I need capacitors for these LEDs?

I have 5 of these NeoPixel LED's.

For these particular LED's, they recommend "use of a 0.1 μF capacitor between + and ground".

Here's what I've got: 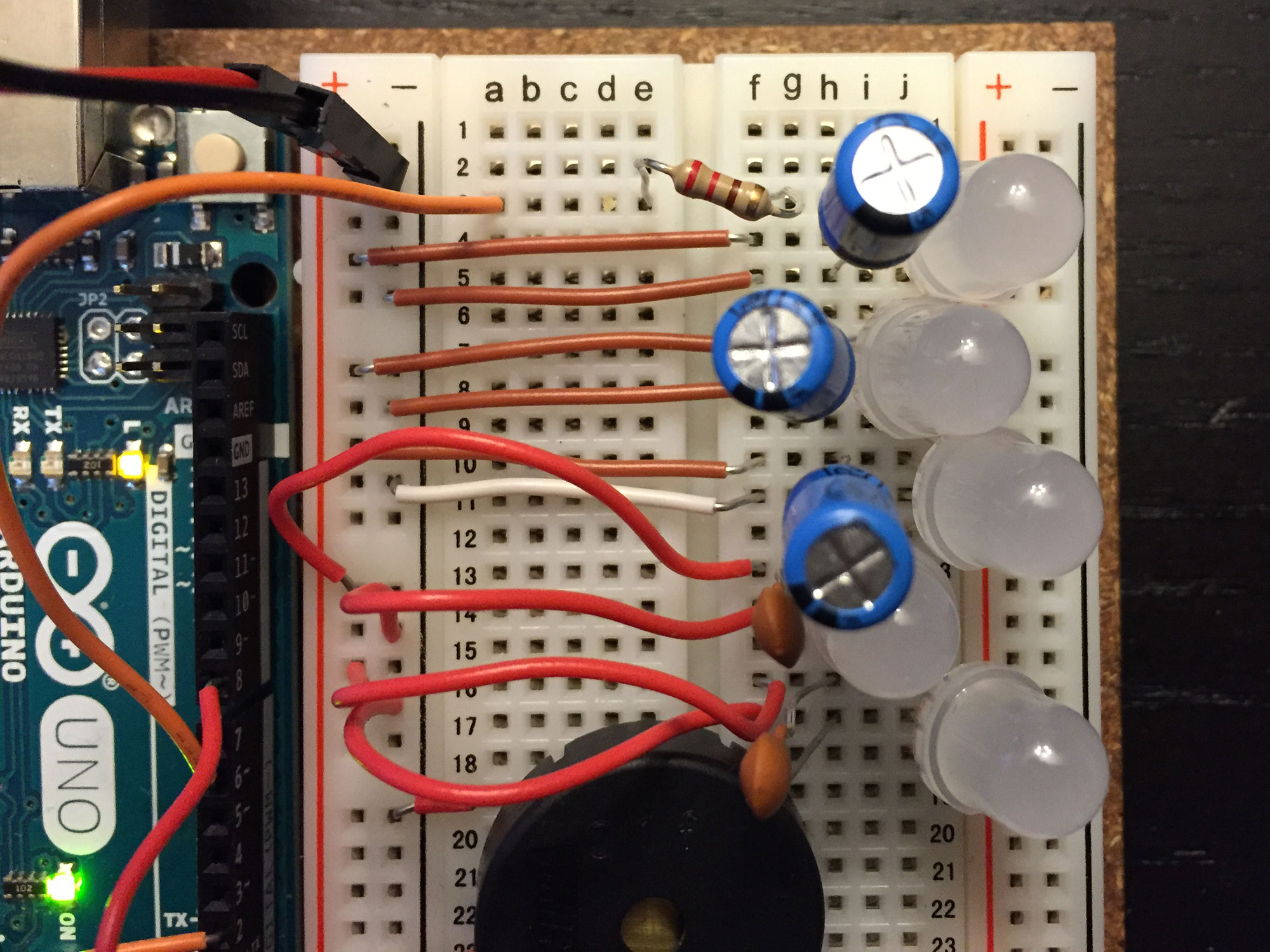 So, a few questions around this...

The capacitors are called decoupling capacitors and are used to provide current at very short notice.

The LEDs, when not fully on or fully off, switch rapidly on and off. This switching needs current to be provided very rapidly at short notice, and batteries and power supplies aren't good at that - so you have the capacitors to act as a little reservoir of power that the LEDs can dip into.

The size of the capacitor (capacitance) can have an effect on how effective they are. Bigger capacitors respond slower than smaller ones, but store more energy. So you need the capacitor to be small enough for it to respond fast enough. But if you have it too small it won't store enough energy to give to the LEDs and they will be unable to do their job.

0.1µF (or 100nF), aka "104" capacitors are usually reckoned to be a good rule-of-thumb value to use since they are small enough to respond rapidly and yet large enough to store enough power for most small high speed fluctuations. The exact value though doesn't matter that much, however I would be wary about going below that, and going too high can be troublesome for other reasons as well as their slow response (google: "Inrush Current"). So you don't want to go too high. Around the 0.1µF to 1µF area is where you want to be, with maybe a 10µF for every group of 5 or so LEDs.

I would say 100µF is way too high to have on every LED, but maybe one of those on the breadboard where the power is fed in would be useful to provide a reservoir for larger low frequency demands from the rest of the board.

Are these actually necessary and why?

The datasheet for the WS2812 says a "typical application circuit" should have them:

If the manufacturer recommends it, I would say it is necessary. I'm sure they would be happy to not have to recommend extra parts, but testing would have shown they are necessary. As Majenko replied, putting in 100 µF when you only need 0.1 µF seems way overkill (to say nothing of more expensive).

0
Transient and reverse current
3
How do I see underlying code and definitions inside Arduino IDE on MacOS X El Capitan
2
Do I need an Arduino for BLE?
0
Arduino Uno-Spider Robot Plan
1
Purpose of capacitors in this project
2
What are these wires called?
1
Capacitors, Arduinos and Saving Data
0
Need help with an Arduino project using a RTC and LEDs
0
Are these relays connected correctly?
1
Is this a feasible circuit?