I have a microSD connected to an Arduino and I can't program it over ISP without removing the SD card. Does anybody know how to prevent the SD card from interfering with the ISP programming?

This is the microSD breakout: https://www.adafruit.com/products/254

I'm not using a bootloader and, for several reasons, I can't use the serial port for programming.

As you have seen, that can be achieved by removing the card.

It can also be achieved by adding a tri-state buffer between the MCU and the card so the MCU only connects the card to the SPI bus when it is ready to use it - under default operation the card is disconnected.

I had the exact same problem, also using Arduino (Atmega 328P). I have an sd card module with a different layout, but also with a level shifter. My circuit is running at 5V (which is appropriate when using a level shifter). 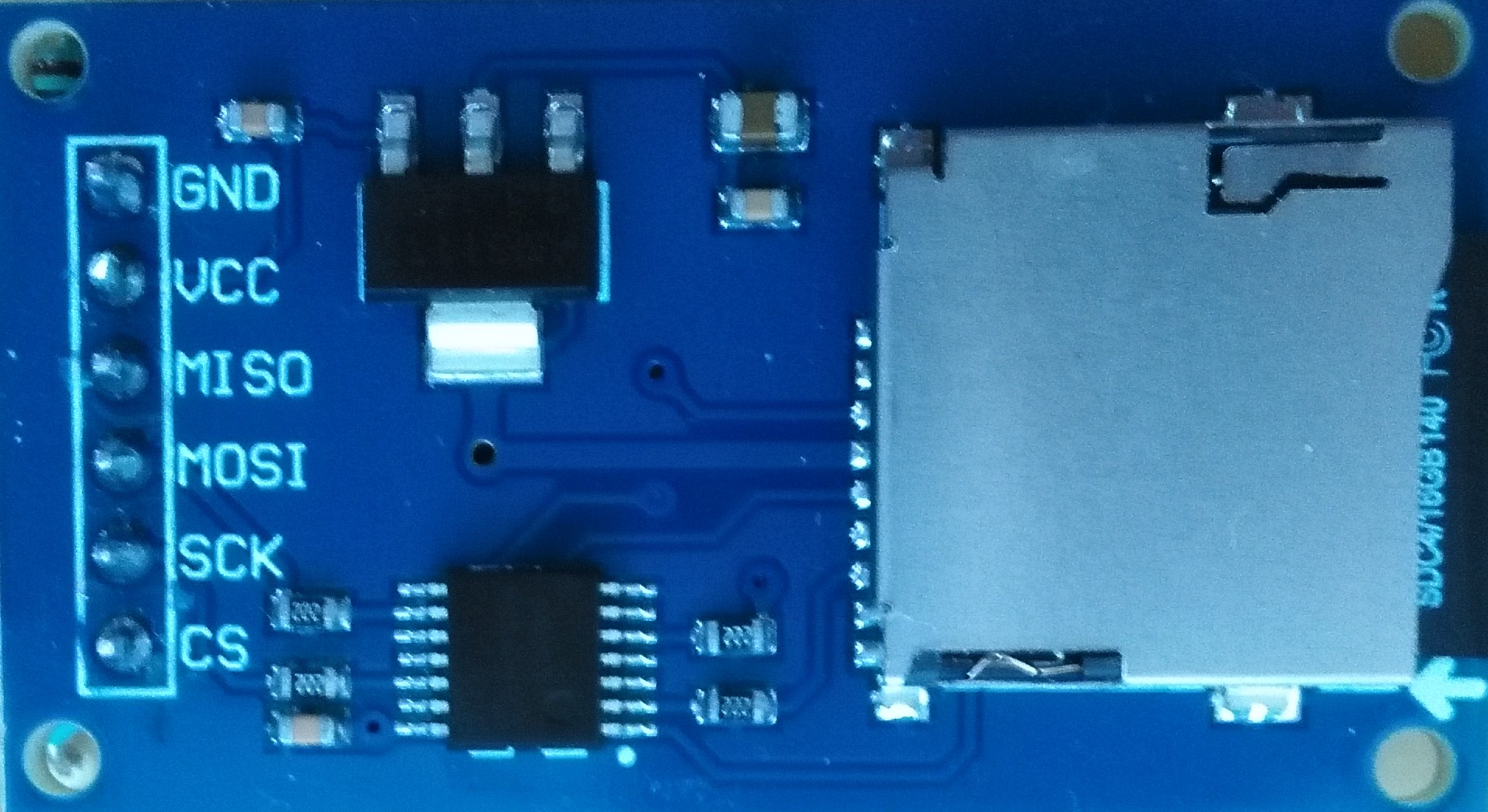 To resolve the issue I just installed a pullup resistor (10k) on my own board to the chip select line of the sd module, which keeps the sd card unselected while programming the MCU. Now it works. 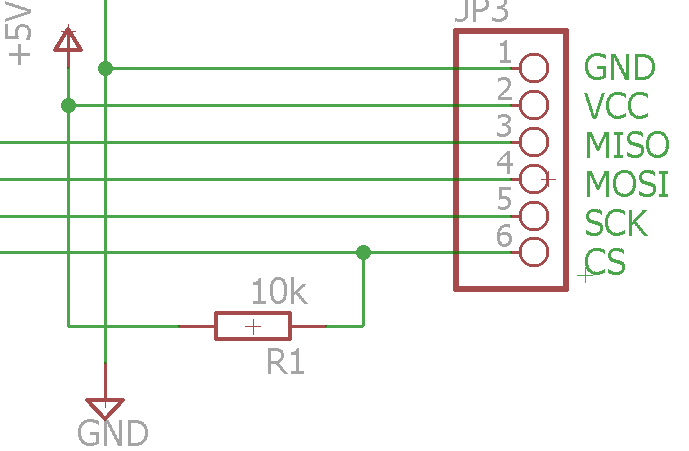 There seems to be no pullup integrated into the module. Hence the CS is low during programming (without the pullup), the sd card thinks it should answer the SPI commands, and so interferes with the communication to the MCU, which is why programming over an ISP fails.

Not the answer you're looking for? Browse other questions tagged isp arduino-pro-micro or ask your own question.

2
Homebrew Arduino using ATMEGA328P, ISP or ICSP?
0
How do I change fuse bits - not communicating?
0
Flash "sketch" hex over ISP, without bootloader - possible?
4
Programming an AVR using ISP
1
Debugging with ISP
1
ISP with 115200 baud
0
Programing AVR 32u4 via ISP with other ISP device connected