Arduino is not responding to a Tiny RTC I2C modules, How to fix?

We have an arduino due with a Tiny RTC I2C module and we're trying to print the current time to the serial monitor. However its not working, currently its printing the time as 2165/165/165 (Monday) 165:165:85 (it should read something like 2016/3/3 (Thursday) 4:15:00). Interestingly it continues to read the same thing, it doesn't change, even if I remove the module from the breadboard completely. I have tried this with two of the modules and both have the same exact results. Does anyone know how to fix this?

My schematics are the same as shown here: http://www.hobbyist.co.nz/?q=real_time_clock

This is my code, it's just the example code from the imported library for the clock.

Thus you need to supply the clock board with 5V, and use a bi-directional logic-level converter, such as this (using two logic-level MOSFETs): 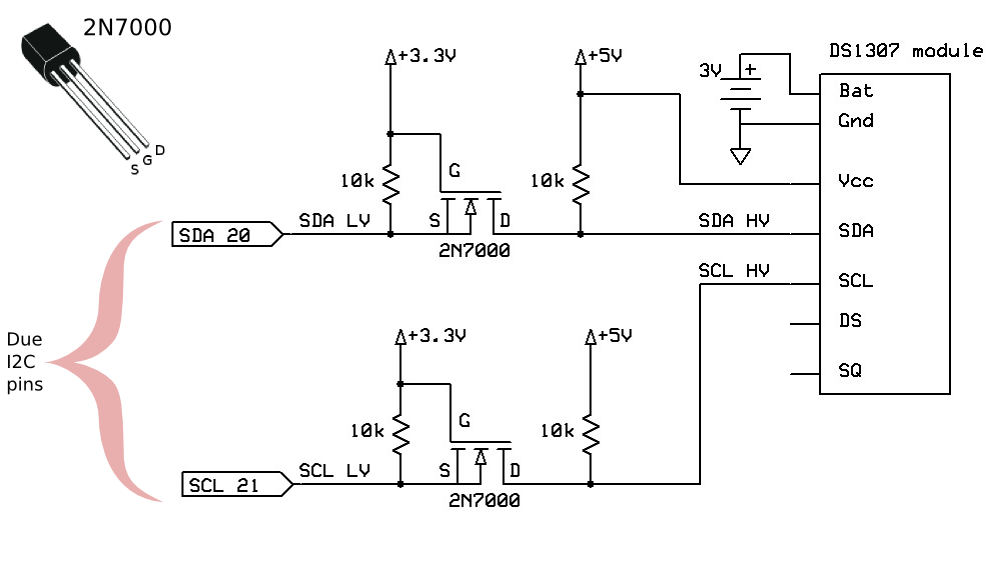 You can buy level-converter boards, but as you can see, one is easy enough to make up.

Now the clock chip runs at 5V, but the logic levels are converted to 3.3V for the Due.

I tested this with mine, and it worked OK.

A useful technique for debugging is to run the "I2C scanner" I have on my I2C page. The code is:

If you don't see your device appear in the Serial Monitor, there is no point wondering why the date doesn't change, because it hasn't found the clock at all. You should see something like this:

How the level converter works

For more information, read the Philips Application Note AN97055

In brief (taking SDA as an example):

Do you have an actual photograph of this?

I've pulled it all apart days ago, however thankfully I took a snapshot before I did. 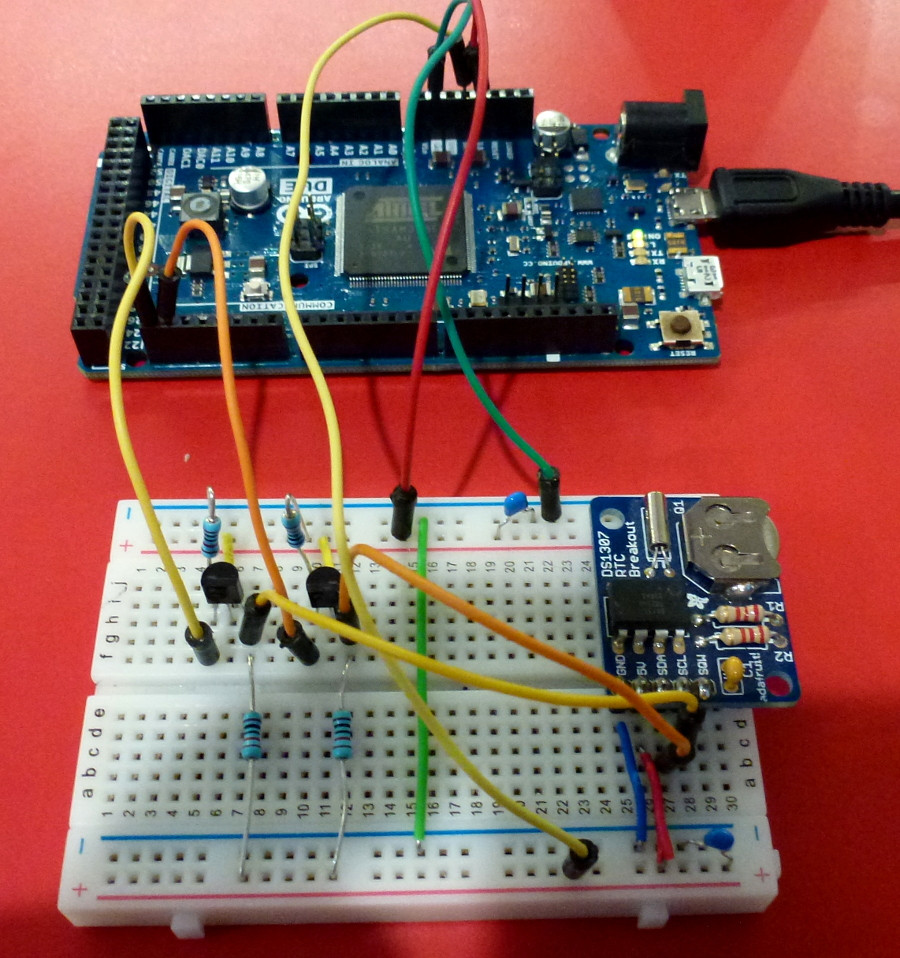 To be honest, the schematic is easier to follow. When looking at photos it can be hard to see exactly what is plugged into where.

Not the answer you're looking for? Browse other questions tagged arduino-due rtc or ask your own question.

2
How to read data from Arduino with Raspberry Pi via I2C?