I am totally new to Arduino and I'm a real beginner with electronics and robotics. I would like to know where to start, knowing that my ultimate goal is to build an autonomous robot (I know that I will not be able to do this project before learning a lot of things). I am a developer so I have no problem with C and C++, actually I am using C++ at work.

I would start with a lot of small projects, each designed to give you confidence over one small aspect. For example:

You could take a look at my radio controlled car project. I look into some of those things there, and describe how I handled them. 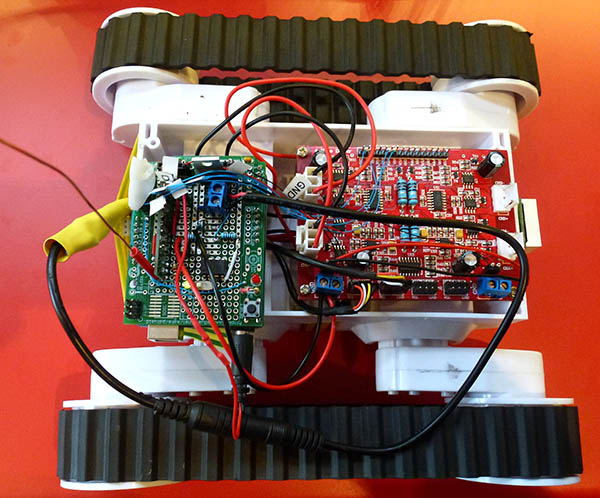 I would do these things initially on the bench. Don't try to assemble something fancy until you have some experience with how the individual parts work.

Wire up a LED circuit, and program the Arduino to flash the LED. (There's a million examples of this all over the internet).

Without getting into any sort of heavy circuits or complex programming, you'll have a quick stress-free introduction to Arduino.

This will teach you:

This is a great jumping-in point because it's reasonably fool-proof.

Sure you can eventually be PID-controlling the balance of a 2-wheel robot. But build yourself a working foundation of good knowledge first.

Personally I think the best way to start is hands on with a small robot. I mean the kind that have a couple of wheels, are circular and only a few inches in diameter. You can add many kinds of sensors or actuators as you learn. You get to see it move and hold it and pick it up.

The idea is to start with basic LED control and then get motors turning, sensors on, and then improvements and upgrades.

If you're ok at coding then electronics may be the bottle neck. Get a good book is my advice. As far has hardware the EEVBLOG guy Dave gives a good run down on what he recommends here.