I'm trying to plug a Wee serial WiFi module on my Arduino Uno, through an XBee shield . 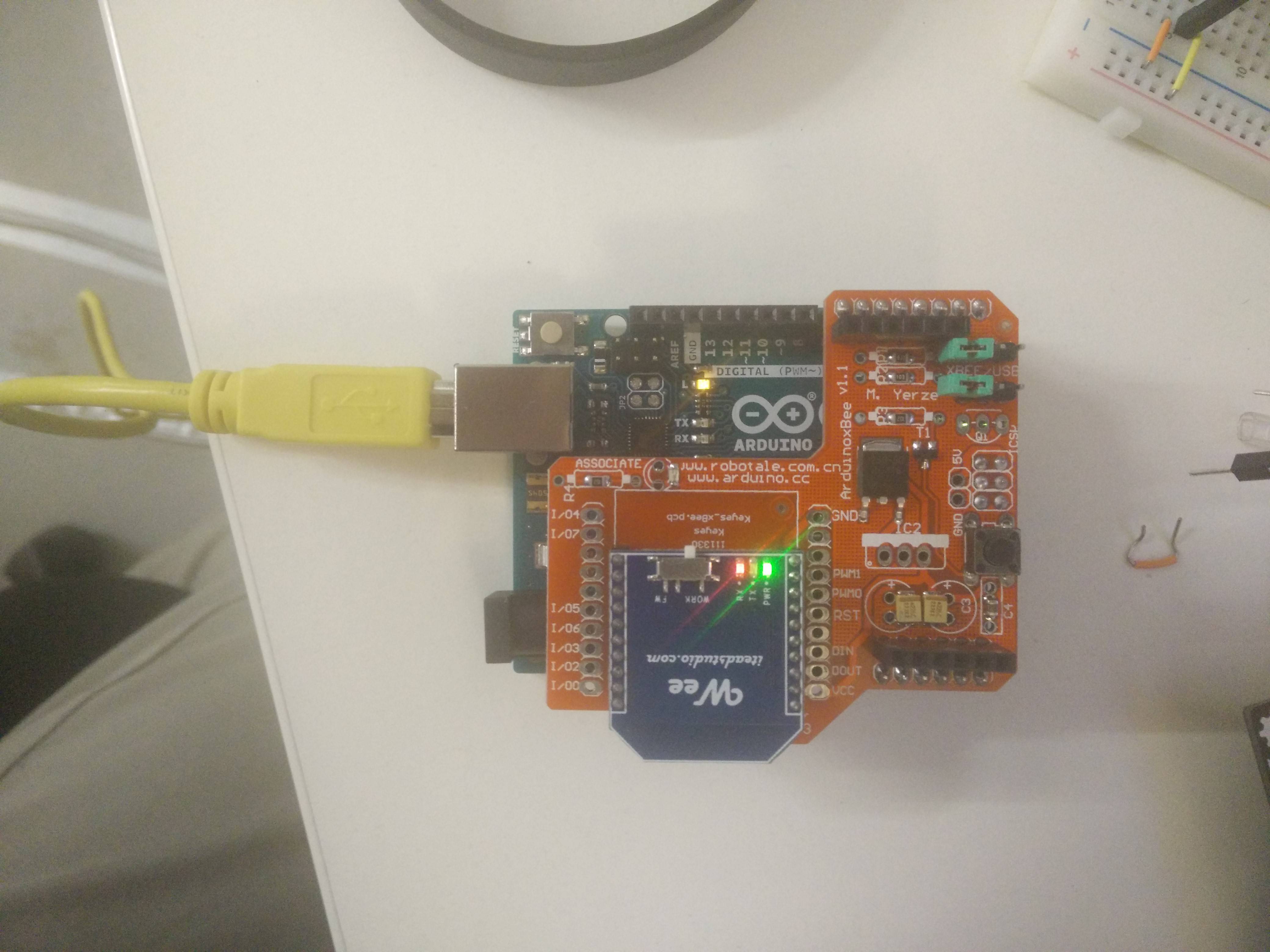 I'm simply trying to make work the example from the library.

All I get is

What can I do?

A look at https://github.com/itead/ITEADLIB_Arduino_WeeESP8266/blob/master/ESP8266.h shows that when you pass a SoftwareSerial object to the ESP8266 constructor, a default baud rate of 9600 is also passed to it. Also, the library source file shows that, in the constructor, the begin() method of the SoftwareSerial object you passed (myserial) is called with 9600 baud. Thus, this line in your code:

is a duplicate, albeit one with a different baud rate, thus rendering the constructor's call of mySerial.begin() useless, since your call comes after the constructor's. If you are certain that 115200 is the right baud rate for the hardware, then you should get rid of the line above and instead pass the baud rate to the constructor like this:

Replace 115200 with any baud rate you discover to be the right one for the AT commands. You also need to uncomment the line in ESP8266.h in your library:

and then save, since you are using SoftwareSerial to communicate with the module.

Not the answer you're looking for? Browse other questions tagged xbee or ask your own question.