Link to an project for remotely turning off light switch?

I want to build a contraption using an arduino that allows me to turn off my light from across the room. I plan to use a solenoid to move the lights switch up and down. I'm sure I'll have some specific questions later on but to start with, has anybody made or seen a similar project? All I'm really looking for is a link to a project (unless you're willing to give advice/suggestions). Thanks!

MicroBot Push: a robotic finger for your buttons... 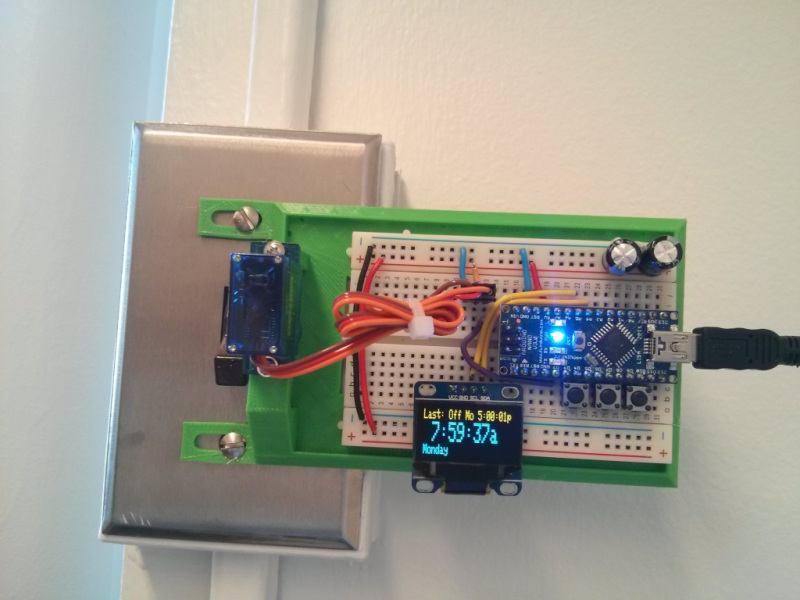 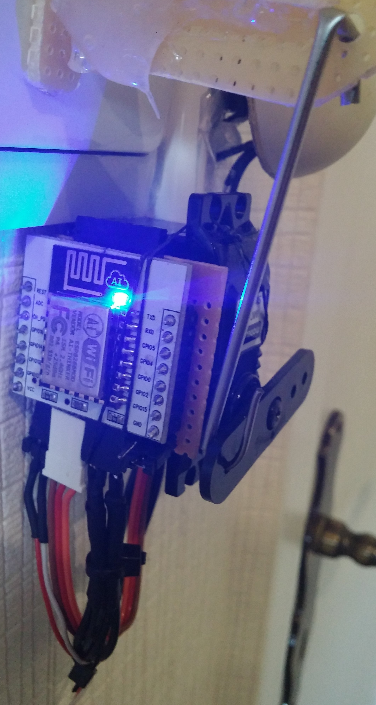 This isn't exactly what you asked for, but may be a better idea.

Light switches are electrically just switches. Either two points are connected or they are not. In this case they are meant to be mechanically actuated by humans.

Instead of making a electrically controlled contraption that mechanically activates the existing switch, you could more easily use a electrically-activated switch directly. Such things are called relays, and are quite common and readily available. You can easily get a relay that can be actuated from 5 V that can switch 120 or 240 Vac at a few amps.

To allow both the relay and the switch to toggle the light on/off independently, each needs to be a SPDT (single pole double throw) switch or relay. Actually, you'll have a hard time finding a relay that isn't at least SPDT. Ordinary wall switches aren't, but ones meant for multiple switches to control the same light are, like you often find at the top and bottom of the same set of stairs.

Various types of light switch actuators. Which is it? 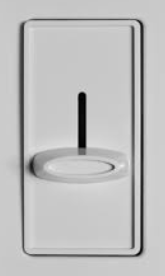 1
Hardware network-infrastructure for a fully-arduino-based home-automation project
3
home automation - What's a compact way to control a light switch with Arduino without interacting with high voltage?
0
How to protect link/url form ESP-12E for controlling LED
1
What are the best GPIO pins to use for my project?