What does “Arduino compatible” mean?

I wanted to buy an Arduino (ATmega) 2560 (8 Bit MCU) via Amazon. But there was no Arduino visible. There was only a 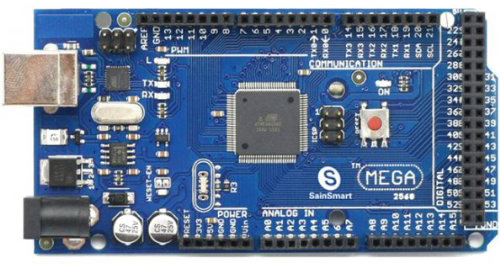 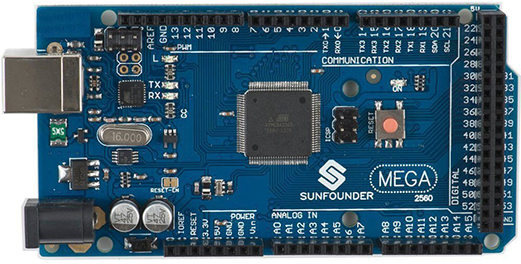 On both websides (SainSmart and SunFounder) there is the information that they are Arduino compatible. But all three boards (Atmel-orginal, SainSmart, SunFounder) do not look similar... There are differences. Is it possible to buy one of those boards without:

So, what is compatible ?

Arduino Compatible can mean many things, but most of the time it means that some company has made something they sell to a customer that supports development with the Arduino IDE.

The thing is that most Arduino Compatible units use the Atmel processors, but some use others too. Third party developers then make "board"-projects that you can add into the Arduino IDE.

Be aware though that you in some cases can run into issues if you dont do your homework, here are some of the issues you can run into:

I'm not trying to scare you off, but just my experiences. You can find a lot of fun things on those sites like clones of lilitiny with the AtTiny 85. One example is in my blog heer: http://mjelde.blogspot.no/2015/12/lilytiny-lilypad-attiny85-wearable-iot.html

The main issue with the clones I've had is that some times they differ in some ways that the first times will make you scratch your head. Like: ESP8266 is Arduino Compatible with the boards manager added ( https://github.com/esp8266/Arduino ), BUT: The input pins are not "correct" marked. So you should then add constants to "remap" them in your code.

Also the ESP8266 does only support 1V analog read, while many Arduinos support 5V. But you can "fix" this with an 16bit ADC (analog to digital converter). The ESP8266 only has 3.3V also, so you cant run sensors that "must" have 5V, without then giving them a different power circuit :)

The AtTiny 85 LilyTiny clone i bought in a pair of 2 from AliExpress works fine and works different than the rest of the Arduinos. Uploading to those for instance means you leave them disconnected and then you hit upload in the IDE. Then it says in the status window to connect it, which you then do.

Then it uploads. It has very few inputs, but it's very cute id say. Primarily it's made for wearable and of course it has a lot of short comings compared to a large arduino board. But you can of course use it to control RGB leds, etc.

Remember to always check specifications (3V vs 5V, how much analog read resolution can it handle, etc). There is the sensor vs board (some sensors work on both 3.3V and 5V, some work only on 5V, some only on 3.3V).

For going to 5V to 3.3V you usually use a voltage divider. Either you can buy pre made ones or you can make it based off three resistors and some math :-)

Arduino is an open-source electronics platform. Lots of other manufacturers make Arduino-compatible boards, not just Arduino/Genuino. I have used both Arduino-branded and 3rd party manufactured boards without encountering any issues. I have not used boards by SainSmart or SunFounder, but they look compatible from a specifications perspective.

If you are worried about compatibility with the Ethernet Shield, you could always buy them as a pair (e.g. SainSmart Arduino Mega 2560 + Ethernet Shield for Arduino UNO Mega Duemilanove R3 AVR PIC ATMEL Robot) just to be on the safe side.

The other answer seem to focus on "compatible" meaning "works with the IDE" but that's not what they mean here. "Compatible" in this context means "clone of the original".

You can count on these boards being functionally identical. The microprocessor and pinout are the same, which is what a shield cares about. The peripheral circuitry might vary slightly, but that's not a big deal. They might (as mentioned) have a different USB-Serial chip but that won't cause any issues once you install the appropriate drivers on your PC.

1
What makes a board “Arduino Compatible”?

1
How do I install the firmware on an Arduino Mega clone?
6
References (e.g, libraries and tutorials) for connecting the 24-bit ADS1256 ADC to arduino
0
How do I change fuse bits - not communicating?
1
Arduino 1.6.4 not showing any /tty/ options in Serial ports
0
Arduino Uno R3 (with Atmega 16u2) and MAC OSX 10.11 (El capitan) not working
0
How to get data from 9DOF razor IMU directly to arduino mega
0
Pointer to Hardware Differences Documentation For Arduino Boards?
0
How to Create a reference to an External Print object
0
Is Arduino Mega Hackable Over The Air