Rotating a motor with L293D

I'm following this tutorial to control a DC motor with an Arduino.

I have the same problem as this stackexchange post arduino.stackexchange.com/questions/10049/problems-with-l293d where the motor is not rotating.

Am I wrong into thinking that a L293D chip can output sufficient current ? Is the chip malfunctioning ? 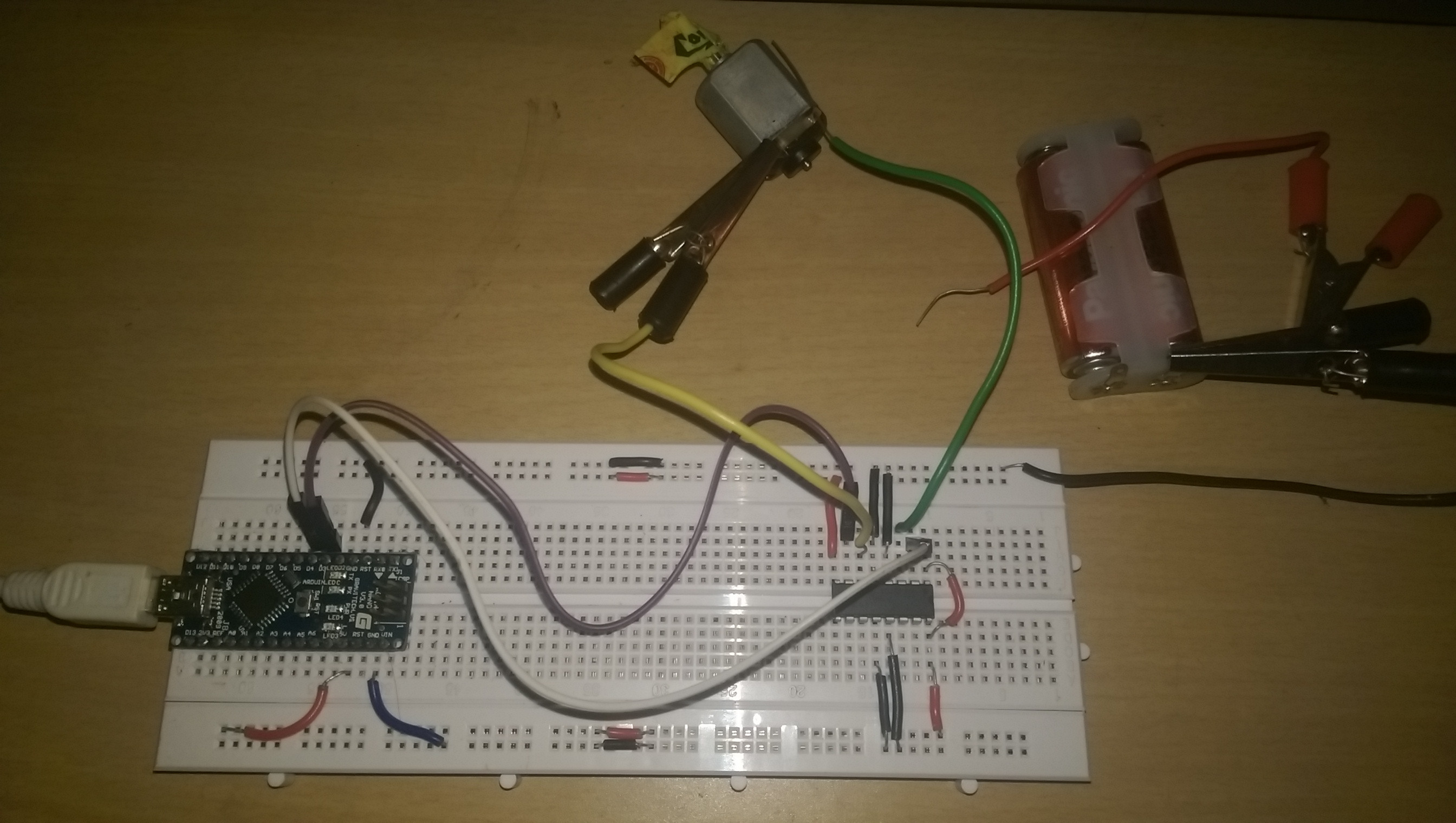 Your picture shows a holder for two AA cells, yielding something in the neighbourhood of 3v. That is far too little for an L293D. (This isn't really your fault, as it appears you got this erroneous idea from following a bad tutorial, but it does demonstrate that not everything you read on the Internet is sensible. Using a 9v "transistor" battery is also a bad idea). 3 cells would be about the minimum, but even there it would not work well, as that chip has two bipolar transistors in the path yielding a voltage drop of over a volt.

To use a an L293D you really want at least a 5 or 6 volt system, and a motor wound for low to moderate current at that voltage.

If you want to use a lower voltage, look at a more modern MOS-based H bridge chip - the TB6612FNG is an often used example. You will however still want to choose motors wound for moderate current at a 3- or 4- cell voltage - those intended for 2-cell usage typically draw more current than is ideal for an IC driver chip.

It is entirely possible that there are additional issues with your attempt as well. Normally, a question such as this would require a complete and accurate schematic diagram, which you have not provided.