What killed it? Arduino in resin

I made a simple circuit controlled by the ATMEGA IC then tried to encase it in resin. It died. What is the thing that caused it to die? I've had other circuits working fine in resin. I want to try again, what steps can I take to prevent this?

I've looked for obvious shorts but can find none.

Resin heats up when it cures, could that be the issue? 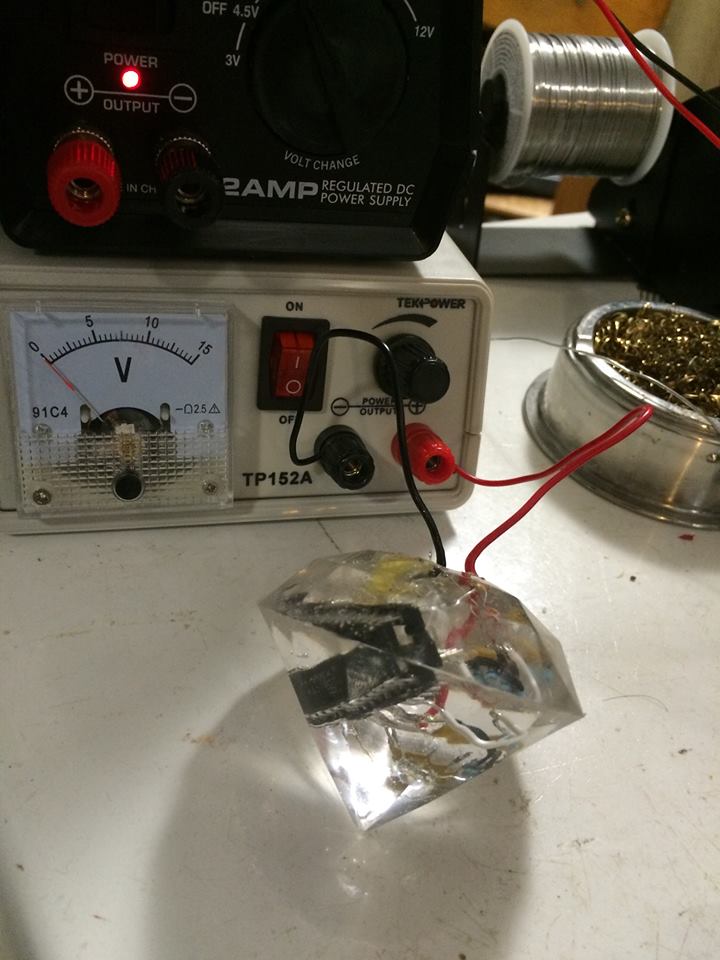 Potting of circuits can lead to various issues. It can't be told exactly what caused your device to fail until you uncover it like an archeologist.

Later and often unexpected problems are:

Many of these problems can be circumvented by applying conformal coating, as suggested by comments and apparently proven right by your experiments. If it is not necessary refrain from using sockets and solder connections directly to the components. You won't be able to salvage them, anyway.

18
Does Arduino Uno R3 require cooling in a closure?
4
Acrylic enclosure for Arduino
1
Mounting Arduino in an enclosure
2
Is there a good Arduino enclosure for that works with the Olimex MIDI shield
0
Where do I find the enclosures for an Arduino and a bunch of sensors?