I wish to use an arduino like this with a 12v solenoid lock like this. How can I do this. I am told that using this might work, but I am also thinking I can use a transistor's amlification to do that. Can you tell which one is better and if transistor, how to do that?

By sheer luck your lock solenoid looks very similar to this one (similar spec too "Draws 650mA at 12V") and they have a working circuit for it over here so look at that and see what they used to drive it. Apparently it's a TIP120, so the peak/draw current is probably higher than that ballpark figure, which I suspect is for the hold. 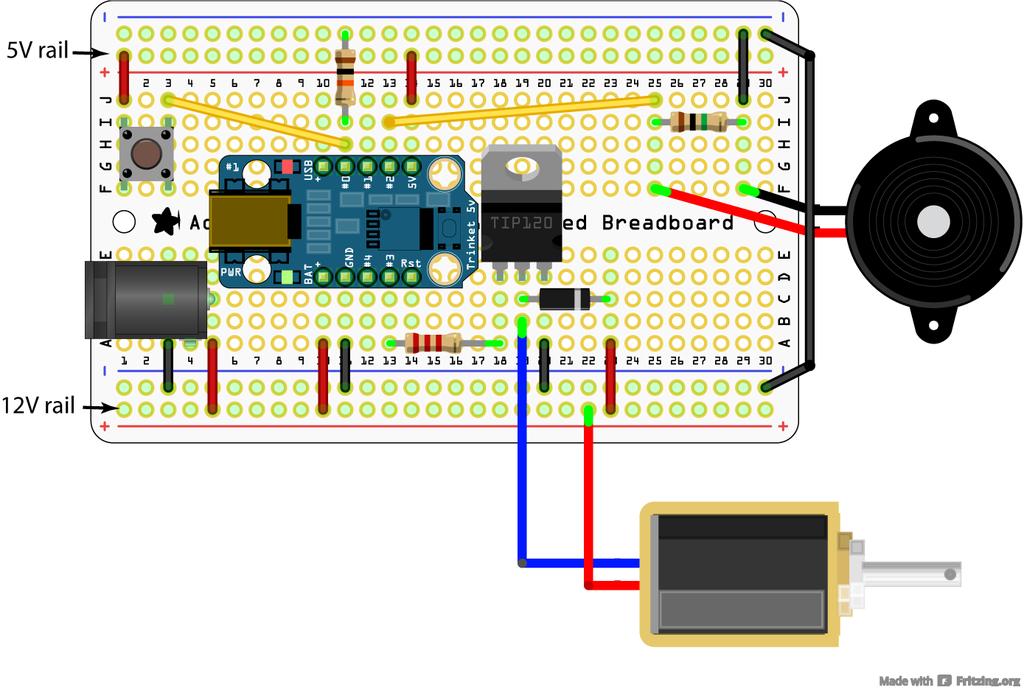 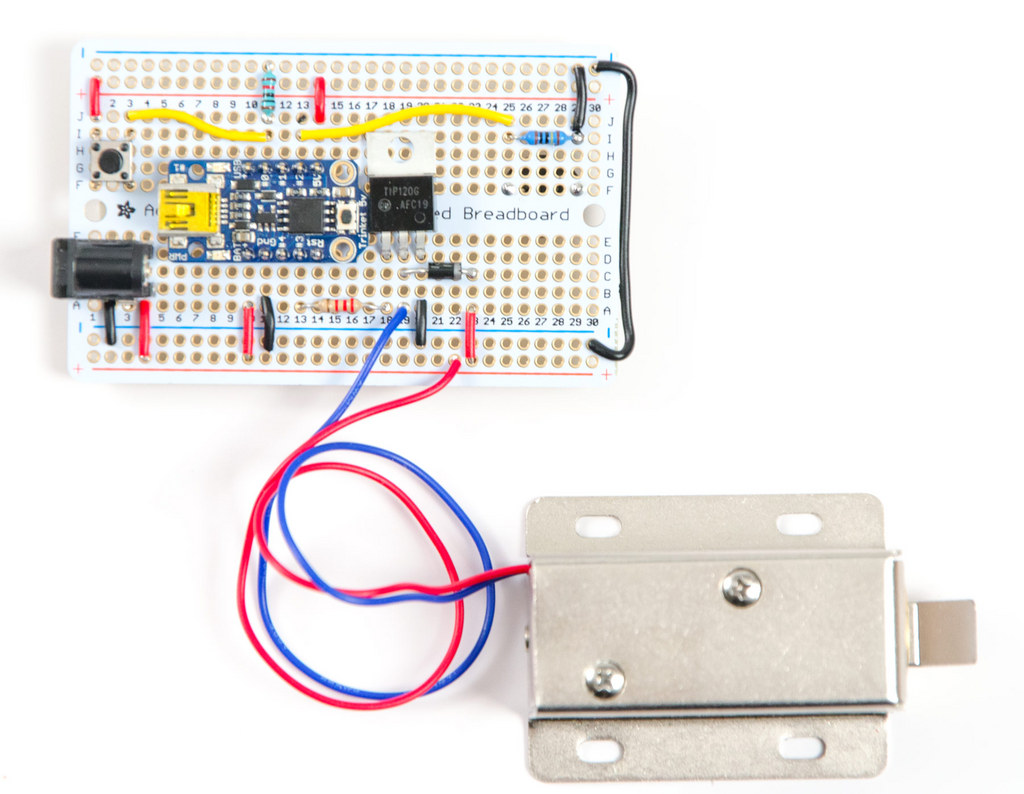 Overengineering the transistor by an order of magnitude or so (for a poorly spec'd solenoid part) ensures it doesn't go pop so easily. Also, a Darlington like TIP120 is very easy to drive from the arduino or some other microcontroller.

A similar project using the same solenoid lock used an IRLB8721 (power MOSFET) instead, which is even more beefy in terms of load current it can handle.

Not the answer you're looking for? Browse other questions tagged transistor or ask your own question.