How to extract number from a string? 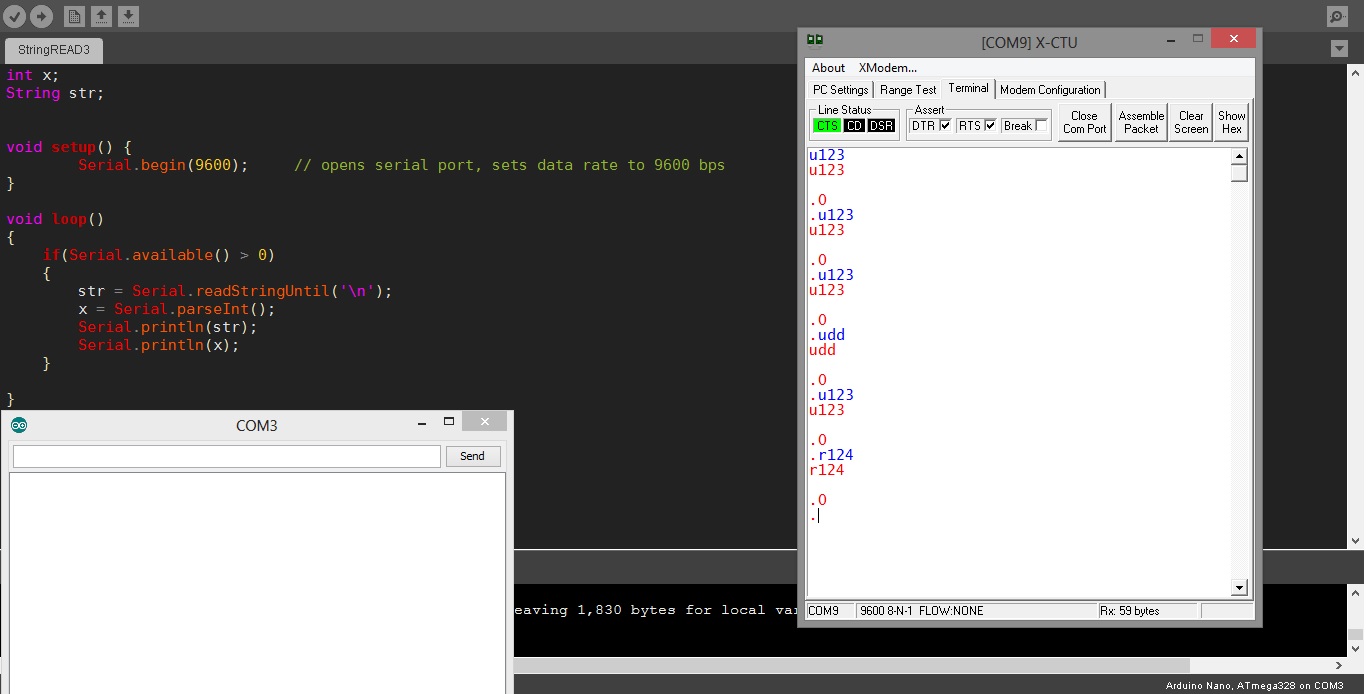 Using LabVIEW I am sending string of data through Xbee like,

Arduino IDE Serial Monitor is showing nothing but Arduino's Xbee is receiving and sending data. Don't know why :(

First collect all of the characters up to the new-line (`\n' or line-feed) into an array of characters, and put a zero byte after the last one.

Since It looks like all of the strings you need to parse consist of one a single letter followed by the value you want, value = atoi(inputArray[1]; will return the value as a 16-bit int. If it could be larger than 32767 but less than 65536 (probably not if you're driving a servo with it), then cast the value to unsigned.

If there might be an unknown number of characters (non-digits) preceeding the value, the C function size_t strcspn(const char *string, const char *cset) will return the length of the leading sub-string of string that does not contain characters in cset. So value = atoi(inputArray[strcspn(inputArray, "0123456789")]); will do the same thing, but calculating the array index of the first digit in the string.

(For completeness, note there is a companion function, size_t strspn(const char *str, const char *cset);, that returns the leading sub-string of 'string' consisting only of characters in cset).

Not the answer you're looking for? Browse other questions tagged serial xbee string or ask your own question.

2
Arduino unable to read from XBee Series 2
2
Print string from arduino to serial monitor
2
Receiver xbee receiving data even if the Transmitter is not sending?
0
Arduino code for XBee
1
Get strings from Serial.read()
1
Extract binary data from text string. Like Perl pack, not just regexp
0
ESP32 Cannot assign value to string. Getting wrong value