I'm attempting to follow this tutorial, with the shield that they use. 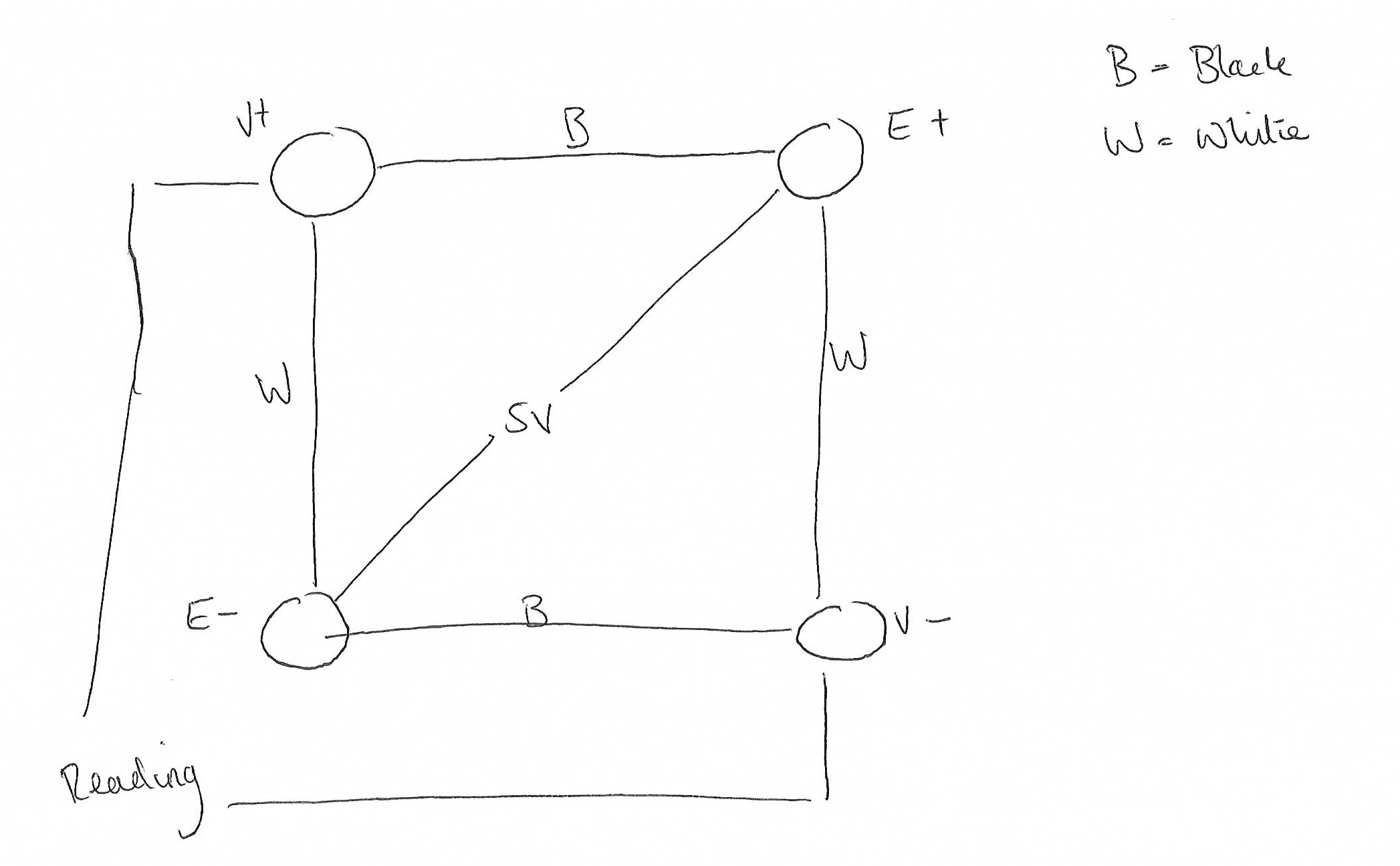 I've arranged my load cells on the scale into a Wheatstone Bridge, and I can get some readings just by taking a voltage reading from the two cells marked V+ and V-. The board has terminals that are linked to a INA125p, and the pins should give an amplified reading.

Regardless of whether I have the scale wired in or not, I get these readings from the individual pins. The scales seem to be able to take power from the Arduino shield.

The scales that I have are different from the ones in the example. From what I can figure out, the yellow cables that they reference turn their particular scale on when weight is put on it.

I've put the wires where I take the reading into the 2 and 4 terminals on the circuit board that they have (where the tutorial references a differential signal), but again, it makes no change.

unsolder or cut the white wire that is referred to as G3 (Wheatstone bridge mass) on the original printed circuit, extend take it to terminal 1 on the new printed circuit;

unsolder or cut the white wire that is referred to as G2 (Wheatstone bridge positive) on the original printed circuit, extend take it to terminal 3 on the new printed circuit;

unsolder or cut the white wire that is referred to as G1 and G4 on the original printed circuit, extend take it to terminal 4 and 2 on the new printed circuit (differential signal on the Wheatstone bridge)

I've attempted lots of different combinations of cables and terminals on the new circuit, but it appears to make no difference to the readings.

I apologise for the vague nature of this question, but I am a complete beginner trying to figure this out, and I am struggling to follow the tutorial. I'll try and provide any additional information that you need.

Each load cell has 3 cables, Red, Black and White. The red ones are the ones marked with the V+, V- etc. On the original board, they were wired in threes.

Fixed (to some extent)! Faulty connection between the INA125p and the plint it was sitting in. I refitted it and i'm now getting varied readings with the scales, but that's to be expected with the noise the INA125p generates.

Not the answer you're looking for? Browse other questions tagged arduino-uno shields analogread or ask your own question.

17
How to get weight data from glass electronic bathroom scale sensors?

1
HX711 Load Cell application strange behaviour
3
How to wire an analog IR sensor for digital input?
5
Why digital pin not reading ON from push button switches connected to 5V and pull-down 10K resistor?
0
H11L1 opto isolator does not pass signal to Arduino (correctly)
1
Read Audio Data in Real-time over 3.5mm Stereo Cable
1
More missed messages with longer cables with nRF24L01+?
1
bit_is_clear(ACSR, ACO) Instead of digital_read(1)==LOW
2
Build a timer that starts and stops timing when 2 wires are broken
1
Garage door button with delay feature
1
Can I run more than 2 servo motors smoothly, connecting their power to regulated limit voltage and signal wires to the digital pins of the arduino?