Is there a semi-permanent way to attach wires to the Nano?

At least for prototyping, is there a semi-permanent way to attach wires to the Nano posts? 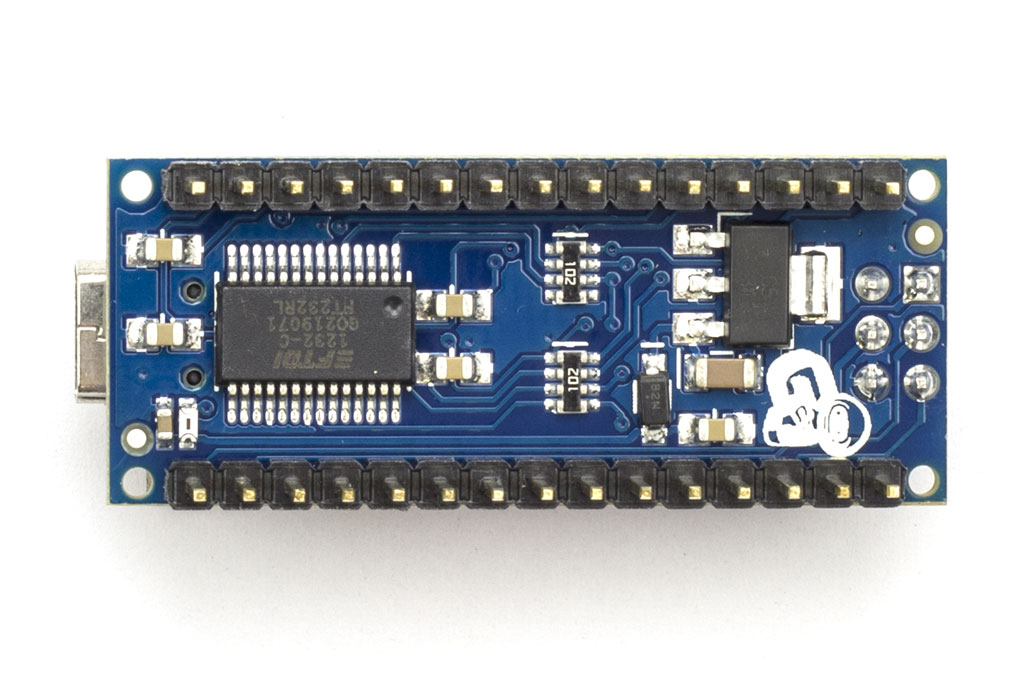 And yes, usually the Nano is hanging in free space by its wires (yes I know, quick and dirty, should be using something cleaner, even for prototypes). So I'm hoping for the best of both worlds, sturdy "enough" to stay attached, yet possible to remove and switch around. Having no luck finding such advice on the internet, perhaps searching for the wrong terms.

EDIT: I neglected one important point, each wire is attached individually just like the SparkFun wires with the female header as mentioned in @TheDoctor's answer below.

arduino-nano prototype wires
Share
Improve this question
edited May 22 '14 at 23:41

There are jumper wires that have a female header on one end and a male header on the other. Example: https://www.sparkfun.com/products/9140 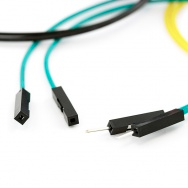 You could also attatch several wired to a strip of breakaway female headers, such as https://www.sparkfun.com/products/115 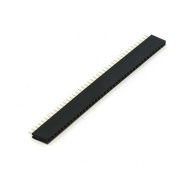 A wire wrap tool can work well for this - the wrappings tend to be fairly secure if done right, though the wire itself can break if stressed.

The entire premise behind Gravitech's design of the Arduino Nano was for it to be plugged into a breadboard. If done so, then none of the pins are left dangling. From Arduino's webpage for the Nano:

The Arduino Nano is a small, complete, and breadboard-friendly board based on the ATmega328 (Arduino Nano 3.x) or ATmega168 (Arduino Nano 2.x). It has more or less the same functionality of the Arduino Duemilanove, but in a different package. It lacks only a DC power jack, and works with a Mini-B USB cable instead of a standard one. The Nano was designed and is being produced by Gravitech.

From Gravitech's webpage for the Nano:

Arduino Nano is a surface mount breadboard embedded version with integrated USB. It is a smallest, complete, and breadboard friendly.

Nano’s got the breadboard-ability of the Boarduino and the Mini+USB with smaller footprint than either, so users have more breadboard space.

If you have a Nano in such a dangling state, then you are using the wrong sort of Arduino board for the wrong purpose.

Obviously a Nano will work just fine when loose on a surface, i.e. not plugged into a breadboard, but that is not what it was intended for, and maybe you should employ an UNO in its place.

However, if you have to use your Nano without a breadboard, then in addition to the wire wrapping, wires with female DuPont connectors, or female header strips, you could just solder wires to the holes in the nano board, if you do not already have header pins already soldered in to them.

Here's what I use, repeatedly, successfully. It fits the Nano headers, and gives you screw terminals for proto work.

Not the answer you're looking for? Browse other questions tagged arduino-nano prototype wires or ask your own question.

8
Are there any reasons to pick Nano over Micro?
2
what is the importance of the resistors that connect to push buttons ? can i replace them by wires?
0
Attach headers to servo wires?
2
Is there a way to keep a program on the Arduino after uploading new sketches?
3
Is there a way to shift through sensors
0
Arduino Nano off 9V : is there any change to output?
4
difference between the nano and the nano every
1
Is there any way to create some AI with Arduino?
0
Is there a way to make the RESET pin work in the inverse?