Why doesn't the LED turn on in this circuit?

I'm experimenting with buttons and LEDs and I would like my code to change a LED's brightness once a button is pressed. I connect the LED to the PWD digital pin. 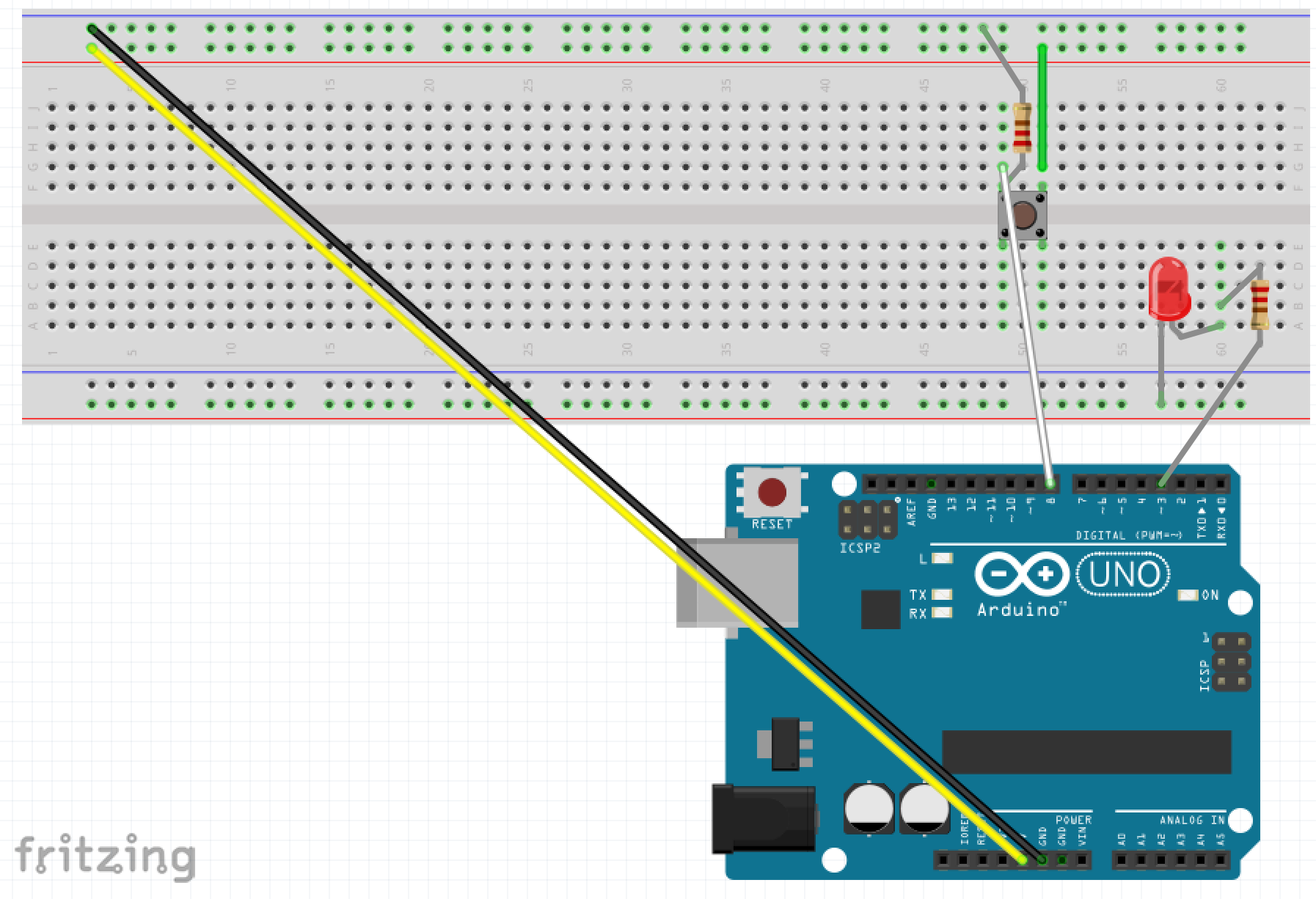 This is the code I'm using:

Though, the LED never turns on, but the light on the Arduino is on. I made sure the leads of the LED were in the right spot. Why doesn't the LED turn on?

Because you don't actually have a circuit? One side of the LED doesn't connect to anything.

Not the answer you're looking for? Browse other questions tagged c++ led electronics or ask your own question.

2
How to detect if more than one button was pressed
0
Buttons and LED
0
Why doesn't my LEDs turn on?
0
Why doesn't the time update?
0
Turn on a LED when an other LED turn off
0
Arduino code to control 4 led's from 4 buttons
4
Why would the resistor be after the LED in this project?
0
Digital LED clock - matrix circuit question