Advice on setting up a real-time audio equaliser

We have a microphone set-up which feeds back loudly on particular frequencies and need an equalizer to (preferably automatically) detect spikes in particular frequency bands and attenuate them before sending them on to the speakers. The dB level that has been cut from that frequency channel would then be displayed on an LED matrix such as this one: 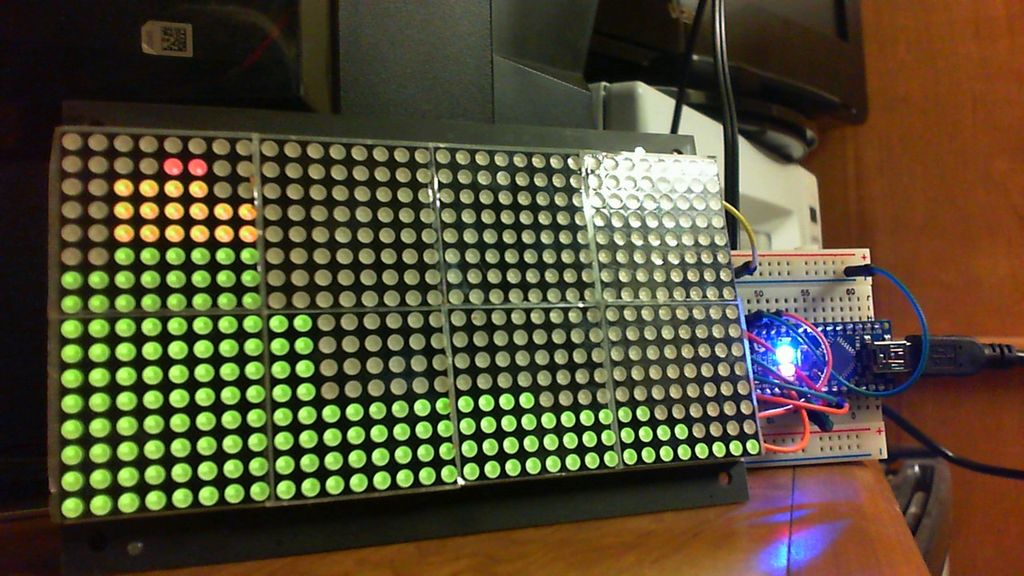 Does the Arduino have the processing capabilities to keep up with the audio without noticeable lag? As the LEDs will only be a visual indication of the affect the attenuation is having on the frequencies, it is not particularly important that these be fast. Unfortunately, as the audio stream will be vocals, even a slight delay will render the thing useless. What delay might I expect with a single mono channel going through the arduino?

I expect that I will eventually have to revert to the less-interesting project of an RTA which takes a split of the audio sends to the speakers and simply displays the frequency band intensities rather than altering them.

I'd appreciate any thoughts.

Somewhat possible if you accept that the Arduino won't be doing most of the work:

If you accept that the filtering will have to be done with a bank of analogue band-cut filters that the Arduino turns on and off as needed then it may be possible.

The Arduino Due might be a more suitable candidate since it will be able to sample and do the FFT much faster so you'll be able to respond to the peaks much quicker, and the displaying won't get in the way so much, but actively filtering inside the chip really requires a DSP.

Not the answer you're looking for? Browse other questions tagged led audio signal-processing or ask your own question.