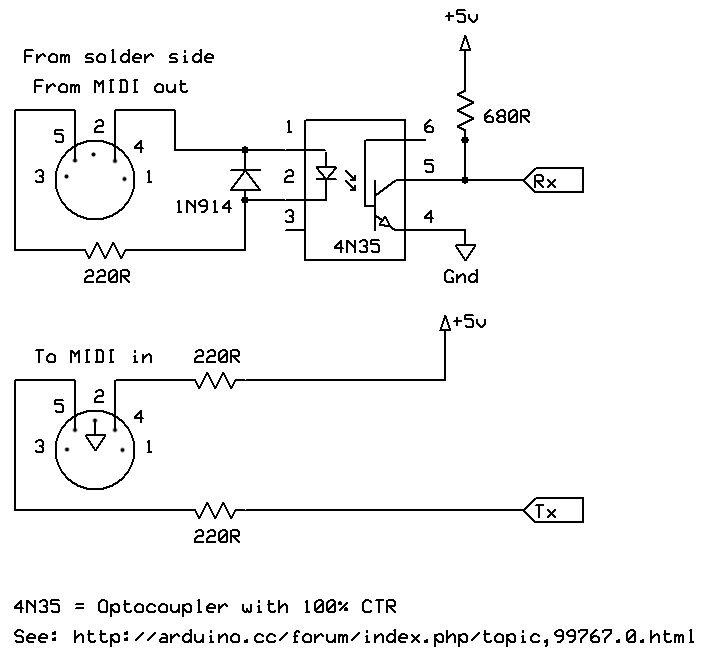 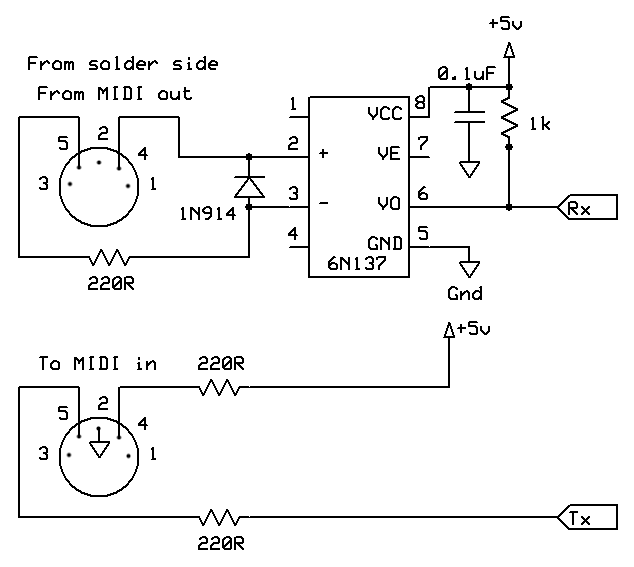 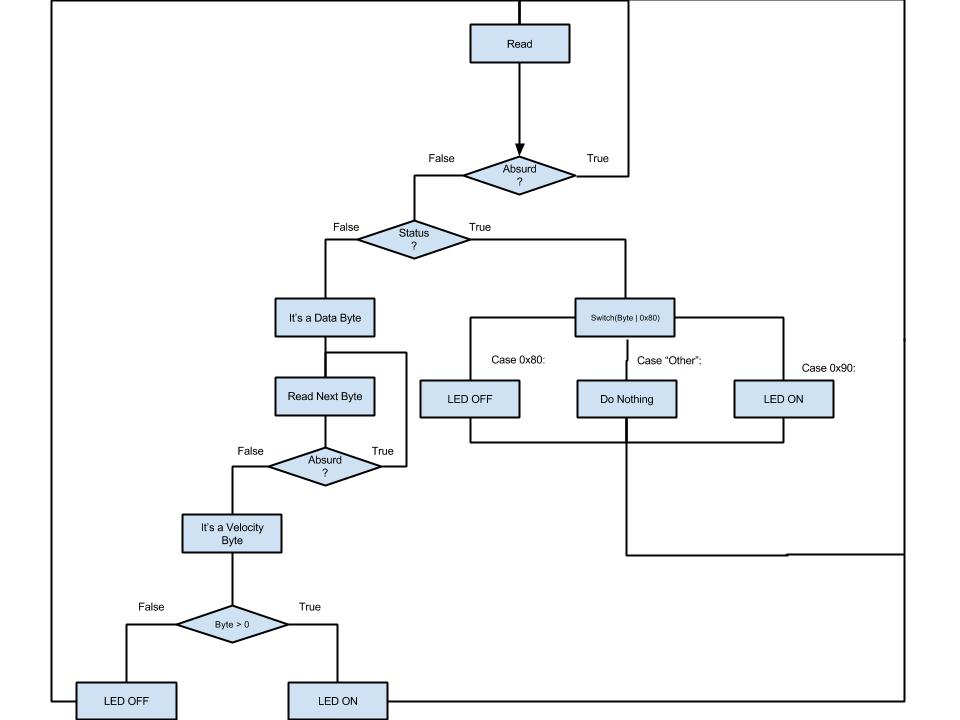 1
Writing MIDI Notes More Quickly to a Shift Register with Arduino
0
How to debug MIDI input?
1
ATtiny85 MIDI IN using SoftwareSerial - Is it possible?

1
A LED should be lit when 'high'. Why does mine only burn with 'low'?
2
MIDI controlled analog RGB LED strip (code problem)
3
Way to use other baud rates in console or different input/output rates
1
MIDI output circuit behaving incorrectly when not connecting with USB
0
Arduino code to control 4 led's from 4 buttons
1
ATtiny85 MIDI IN using SoftwareSerial - Is it possible?
0
prgramming arduino led on then off
0
Digital Comparator with ATTiny85 doesn't behave as expected
1
Assign and control Digital pin from String
1
MIDI Keyboard control