I bought an assembled Arduino Uno protoshield version 5, similar to this: 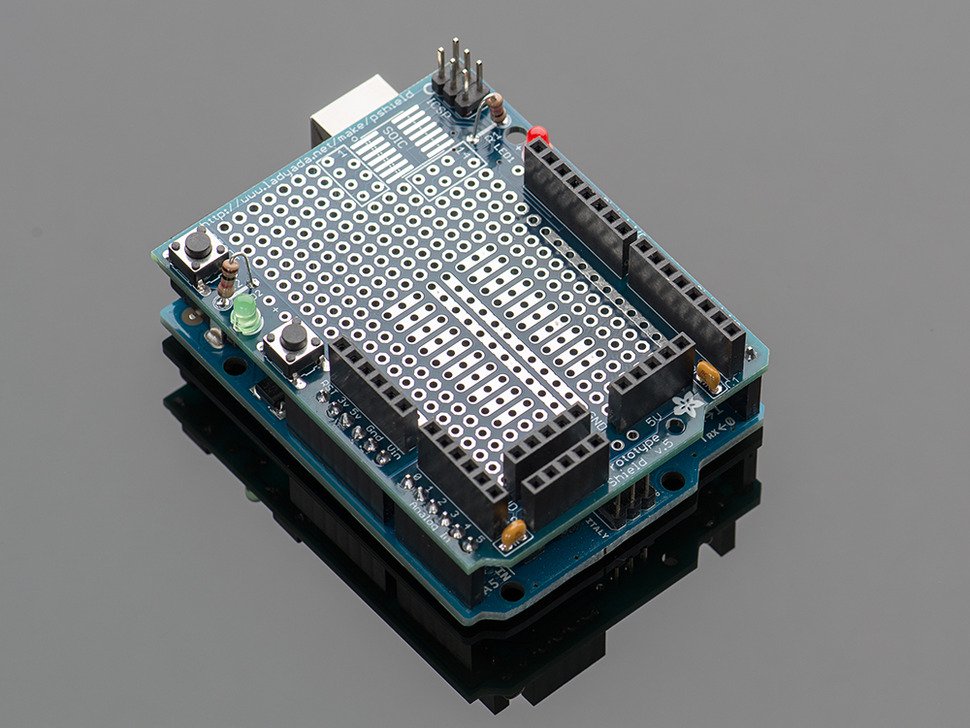 I bought it because I would like to solder wires from Arduino IOs, and I was quite disappointed with the impossibility to do so, since the solder points are already taken by the female headers, which are not connected to anything (there are not tracks coming from then to other islands, which I find quite dumb).

I am considering to remove (by desoldering) the headers, so I can access the holes for soldering wires (instead of plugging them to headers), but before doing so, I ask:

Is there a good way to solder wires so they are electrically connected to the Arduino IO pins?

Other boards bring the header pins to prototype area pins, as I do here http://www.crossroadsfencing.com/BobuinoRev17/UnoScrewSheild2016.jpg 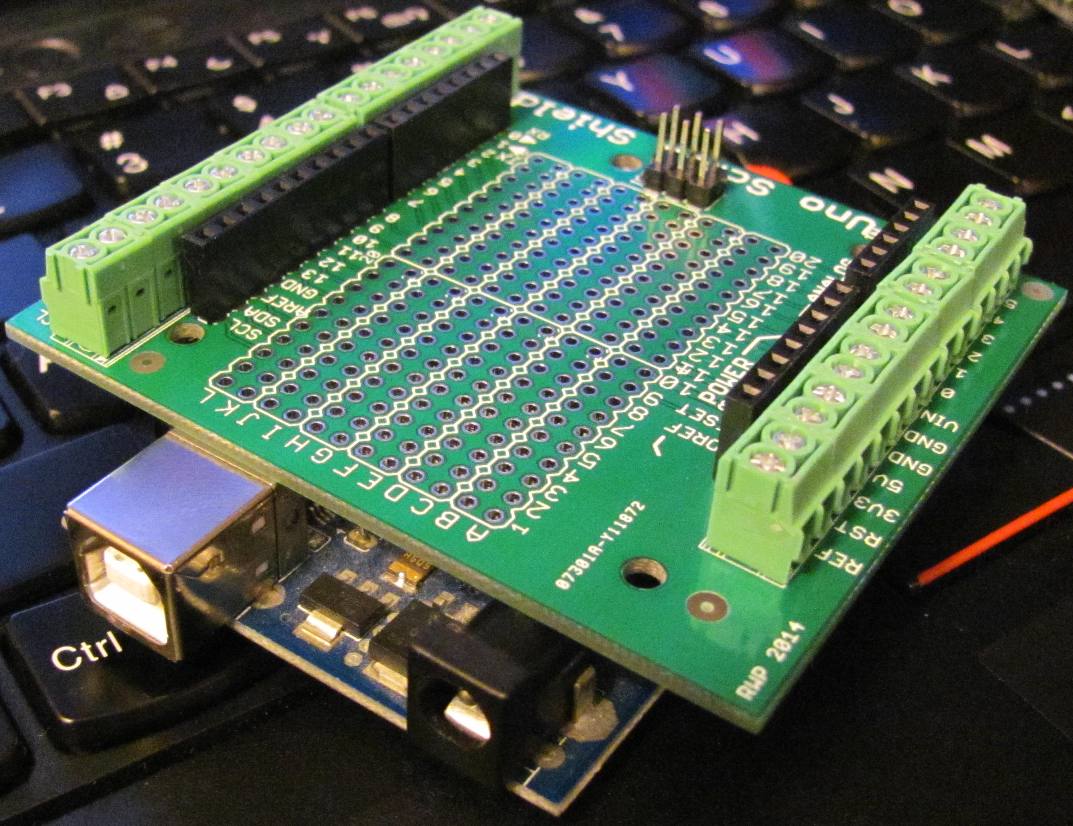 It looks like you are missing the solder-less breadboard piece for your shield. The shield I bought came with one, and some 2 sided sticky "foam tape" to affix it to the circuit board. 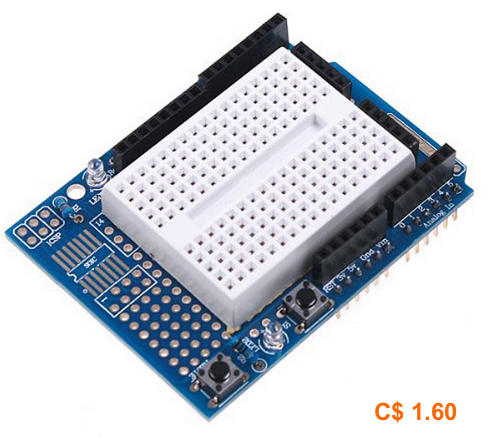 If you use the shield with the solder-less breadboard, then it would be not be feasible to stack another shield on top of it because of the height of the components and jumper wires plugged into it.

I tested my shield and found the same thing you did, the header pins are not connected to any of the connection points on the board. That is dumb indeed.

As CrossRoads mentioned in his answer, there are other options, such as screw terminal shields. They sell them for $2.43 USD on aliexpress.com Screw Terminal Shield.

Not the answer you're looking for? Browse other questions tagged shields prototype or ask your own question.

4
How can I connect the Tamiya double gearbox to Arduino Uno?
1
How to “implement” an Arduino prototype?
0
2.8" tft screen arduino all pins used
0
How can I connect more sensors when my lcd is blocking pin access?
1
How to connect MCP4141 digipot and a data logger shield to the same Arduino board
2
Can I connect an Arduino GSM Shield directly to a PC?
1
Can't connect to my Arduino via W5100 Ethernet shield
1
Are all the pins on Arduino shields available for use?
0
How to connect to pins when using I2C LCD shield?