I'v got this USB/SD card/CompactFlash reader from an old DELL AIO 926 printer, it's a double sided PCB board and that's all i know about it. I tried to google it but couldn't find anything relevent, how can i tell what voltage it takes and what each wire does and how to interface it with arduino? 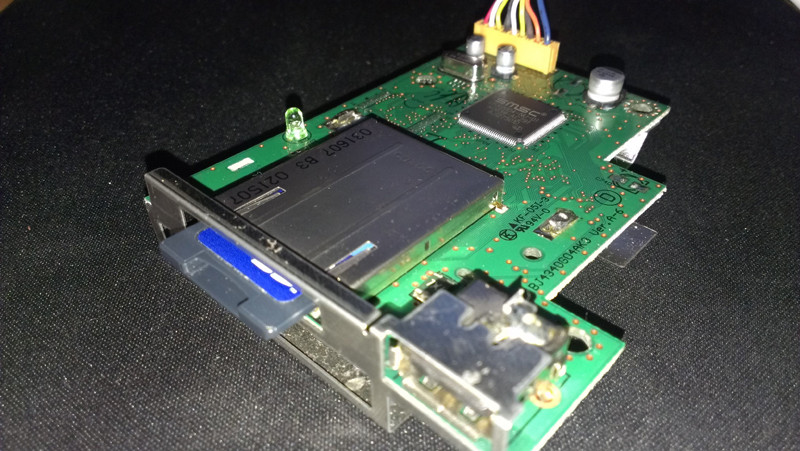 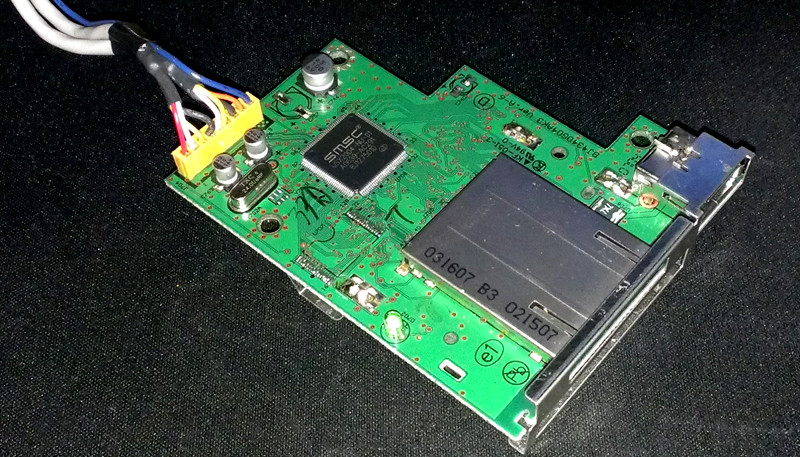 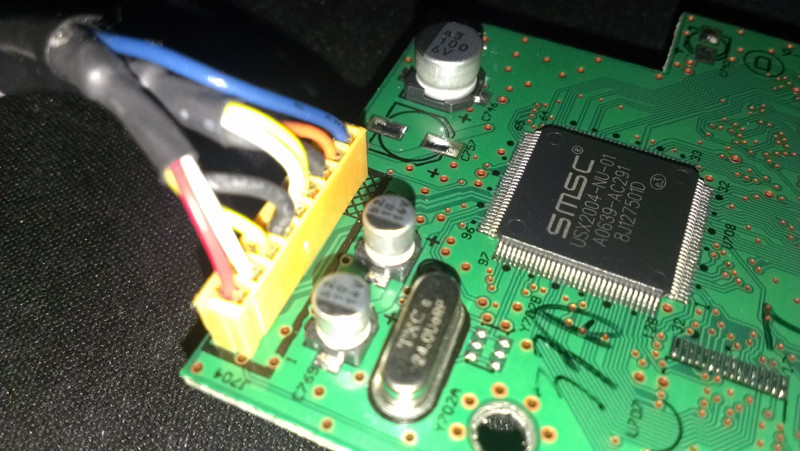 It seems to me that it has two sets of 4 wires (red/orange - black - yellow - white) and an extra blue wire, i'm guessing that the black is for GND, red/orange for VCC, yellow/white for SDA/XDA I2C serial bus data transfer, but no clue what the blue wire does, i could've tested this with arduino but i don't want to risk frying the board by using a wrong voltage. any help would be greately appreciated. thanks.

I can pretty much categorically say you won't get it working.

I have a similar board here with the same SMSC (now owned by Microchip) chip on it.

The SMSC chip has the option of using an external ROM chip to store its program, and Dell love to do that. So, it has a custom firmware which means it doesn't get recognized by my computer without Dell's specific drivers installed. So it's useless.

There's a very very slim chance you may get it working with a USB Host Shield, but unlikely - and at the end of the day, what's the point? It's just an SD card reader. Wire an SD card socket direct to the Arduino and save yourself both the headaches of trying to work it out and also the massive pointless expense in buying the hardware you'll need to do the interfacing.

Not the answer you're looking for? Browse other questions tagged arduino-uno usb sd-card or ask your own question.

1
How to reset Arduino Uno over BLE just like over USB?
1
Using digital weighing scales with INA125p
2
How to use a microSD card reader with SCK instead of CLK?
0
Second I2C address not accepted
0
Beetle ble with SD card reader
0
Nema 17, Arduino Uno and stepper motor drive ~2H42B
0
Can I use WTV020 sound module as SD card reader?
0
TSX0108 logic level converter not working
0
Items needed to build an automatic watering system