Is my Arduino fried?

I am worried that my Arduino is fried from a previous attempt at connecting a servo to it. To test my concerns, I changed the circuit to see if Arduino could even power a simple LED: 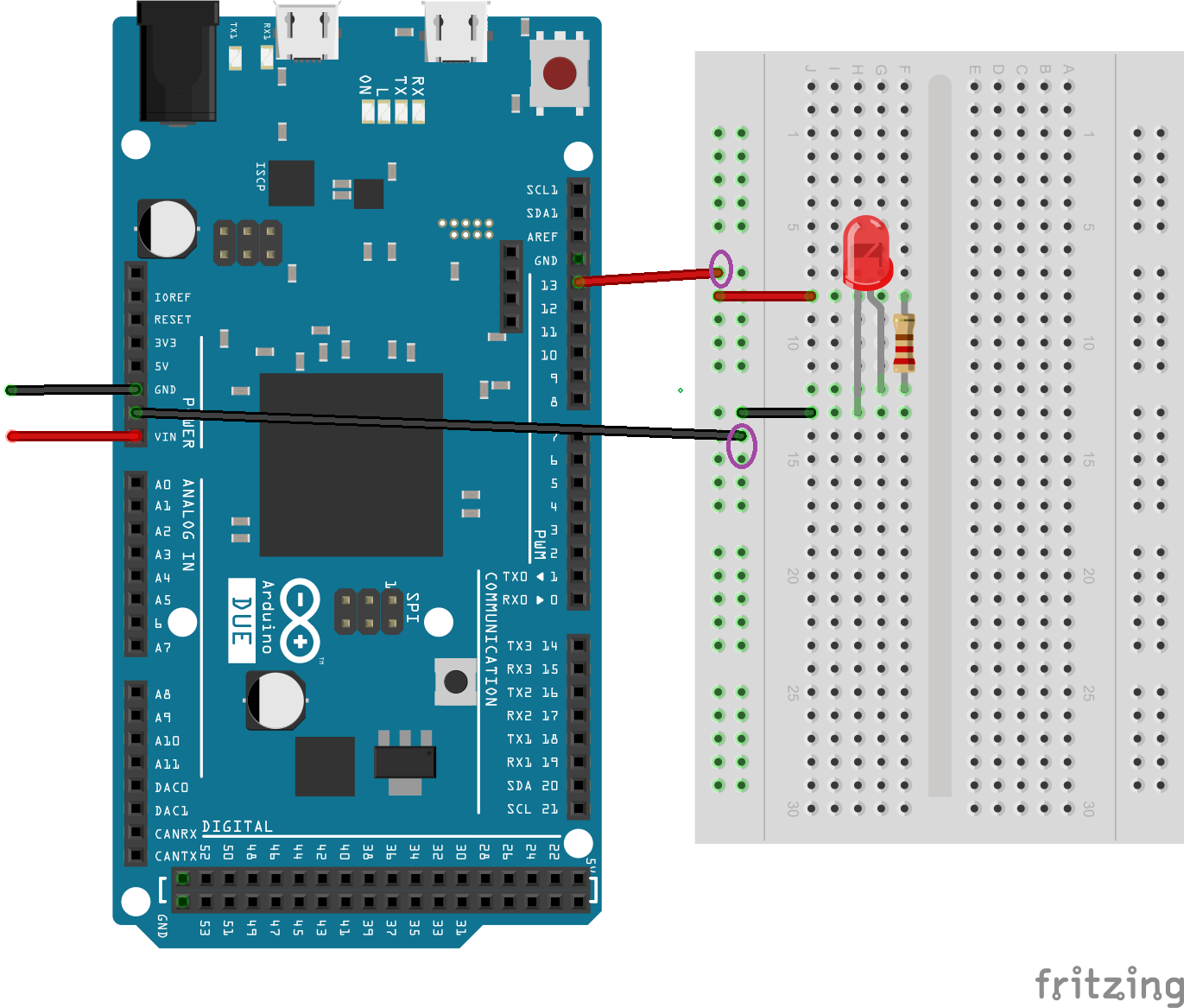 In that pic, the Arduino is connected to a 9V battery. When I test the purple connections with my multimeter, the power bounces between ~5V and a weird 1.65V value every four seconds. I assume thats power being applied to the output pin in keeping with my code.

However, the LED does not light up. Any ideas as to what could be going wrong or how I could troubleshoot?

As noted in the previous answer, being able to upload a new sketch indicates an Arduino is ok in general – in particular has a functioning CPU – but of course that does not test all features. For example, individual inputs and outputs can be damaged.

You can easily change your sketch so that it drives some range of outputs, as shown below. Thereafter, try moving the red wire (that now connects on 13) to some other of the outputs in the selected range.

If the LED 'ON' is lit, the board has 3.3v power. Does the LED 'L' blink? It is also on pin 13, the one your sketch controls. If so, perhaps your breadboard circuit is likely at fault. Do you have a multimeter? Does the voltage on whichever pin # your sketch controls change as you would expect it to? If both are correct, then if you recompile your sketch to use a different pin #, and adjust your connections to match, does your breadboard LED light then?

Not the answer you're looking for? Browse other questions tagged led arduino-due or ask your own question.

1
Arduino: ARM, MCU, SoC and RTOS
1
Connecting battery and LED to Arduino Due
0
Using arduino Due for camera control
3
How to program arduino due without arduino ide
5
Arduino onboard LED pin number as a constant
0
Arduino oscilloscope
0
Arduino DUE as a FTDI programmer