I have an Arduino program that uses the Thread library to create two concurrent threads, where:

I wired things up, flashed the program to my Arduino Due, and it ran beautifully.

I am now trying to add a 3rd thread that sweeps a servo back and forth. 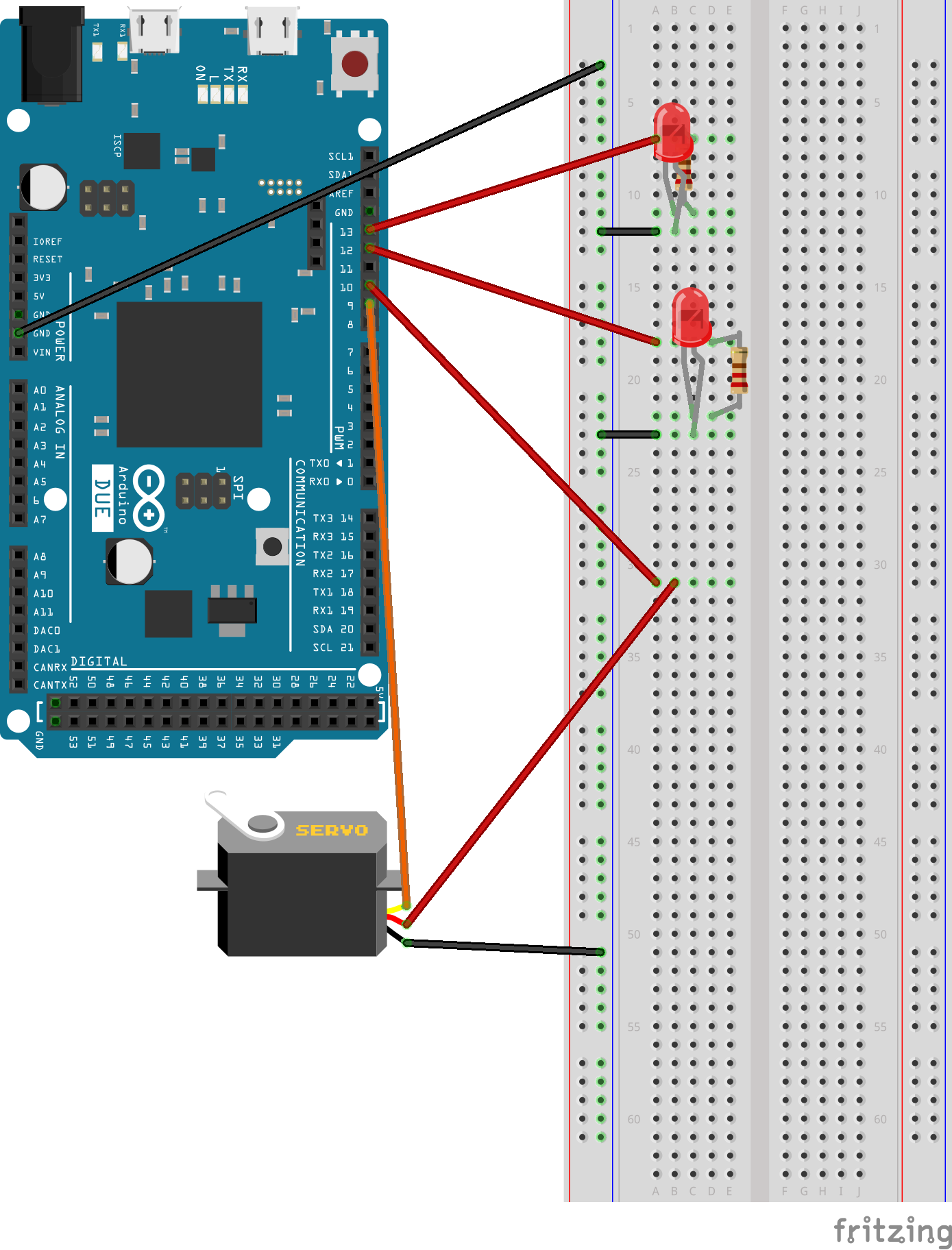 And the schematic that Fritzing generated for me:

And an accompanying actual picture of the wire up: 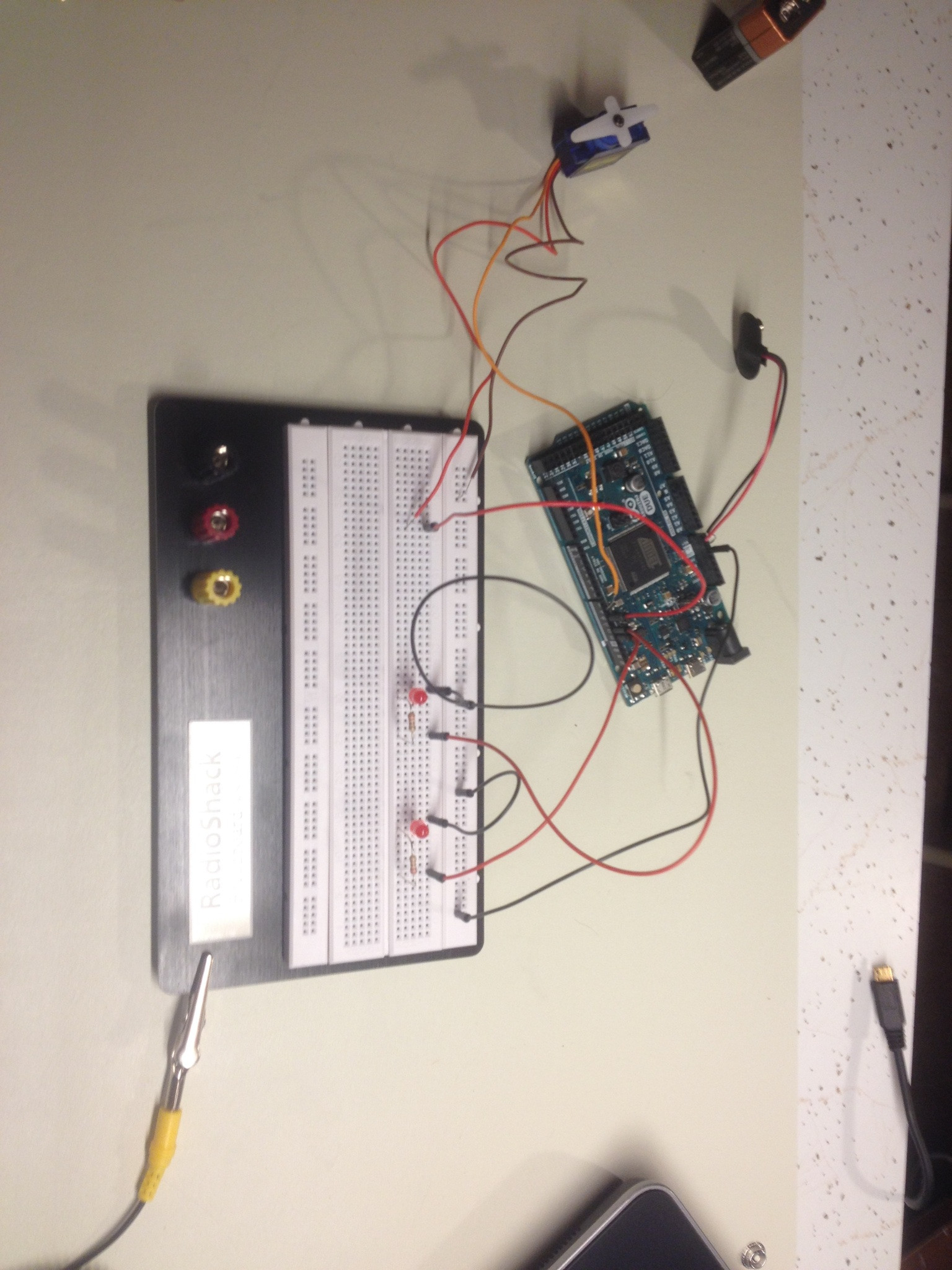 If you can see it, I've rigged Pin 10 as an OUTPUT, and attached the servo's signal line to Pin 9. Here's the code:

When I flash this to the Due, two disappointing things happen:

Now perhaps I have a bum servo, or perhaps I haven't wired it up correctly, but the most concerning thing to me is that the LEDs are no longer blinking. I have a feeling that once I get those blinking again, the servo will probably start sweeping as well.

Can anyone spot anything that jumps out at them as being wrong here, wiring and code alike?

One thing that immediately jumps out at me is you are trying to power the servo from a digital pin. That is very very wrong.

Also, I don't know how the "Threads" library works, but it looks to me like it's not real threads, but a "round robin" execution of function with time delays. If one of your functions never returns (like your servo one) then the whole system will lock up. You need to make your servo function non-blocking like your LED functions. Give it a 15ms time setting and only move one step of the servo each time it gets called.

Ok, according to comments and research I can confirm that in fact the Thread library is really badly named. It doesn't run threads, it just runs different functions at different times. Those functions MUST be "single shot" - i.e., they MUST complete before anything else can happen. There is absolutely no concurrency whatsoever. It is entirely up to you to ensure that all your "threads" are fairly simple repetitive operations which are to be run at specific points in time.

Basically the operation is thus:

You must not use delay() in your "thread" functions for anything more than maybe 1-2ms of delay in total. You MUST return from your thread with enough time for your next timed event to execute, otherwise it will be delayed, or never run at all.

So your servo thread would look something like this:

That is then triggered every 15ms by the thread library.

Not the answer you're looking for? Browse other questions tagged arduino-due servo wires or ask your own question.

1
Arduino starter kit example LEDS modification
0
Arduino SoftwareServo by example
1
Arduino Servo is behaving strangely
1
How do I code my arduino to return a throttle servo to idle?
1
Why a servo doesn`t move to angles properly
0
Circuit requirement for Arduino Due custom circuit without the ATMEGA16U2
4
Arduino UNO won't move servo