How is the diode here effective?

I'm working on project 9 of the arduino starter-kit - the motorized pinwheel. 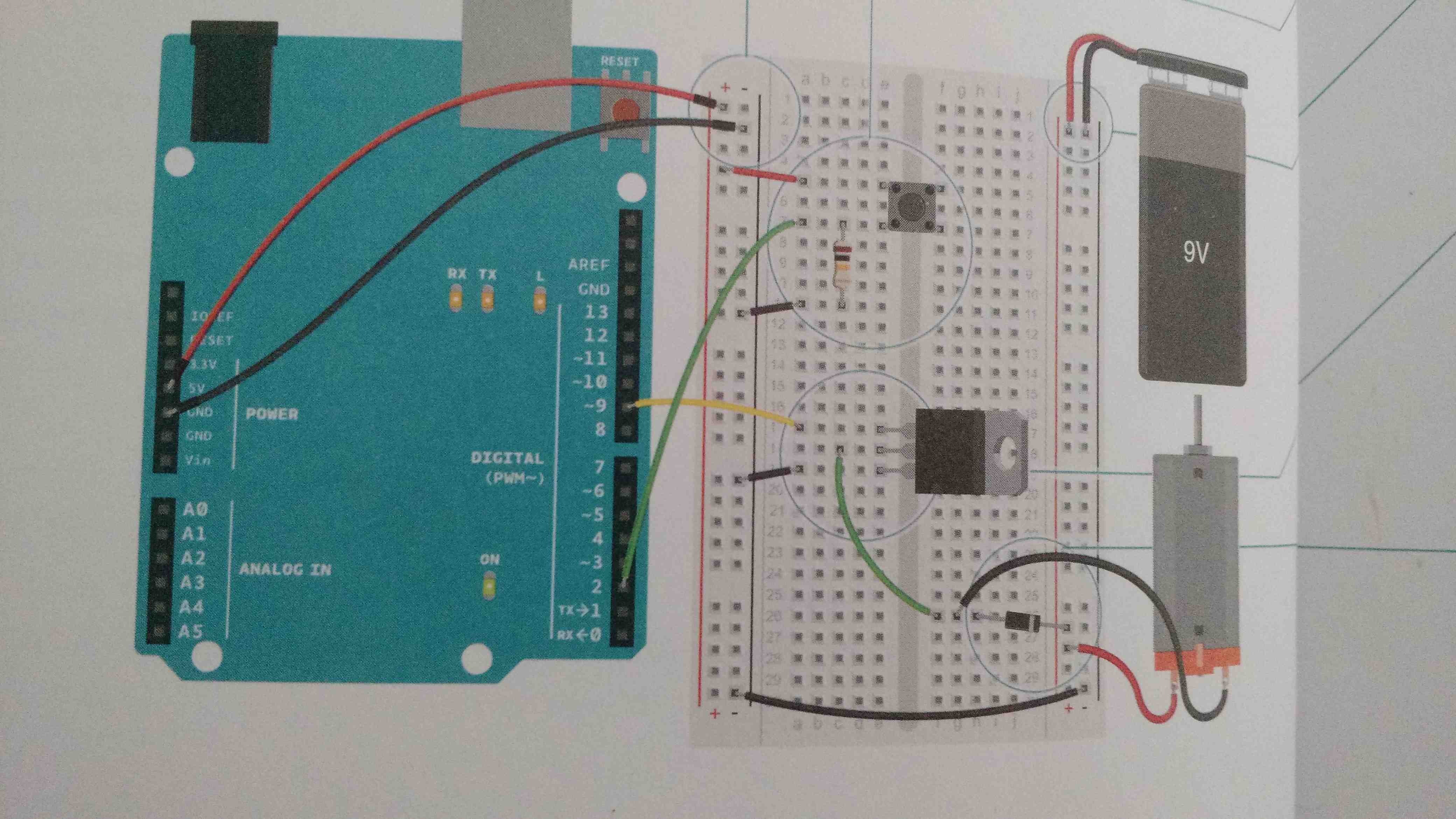 The diode in question (and the only one here) is toward the bottom right of the breadboard. It is to prevent the back-voltage from the motor from harming the circuit.

According to the above img, would the backvoltage travel back down the motor's supply of energy (the red wire)?

If so, what is the diode preventing here? That whole energy strip will just have current running through it and the diode's cathode will prevent it from running to the transistor - which would also happen fi we just didn't connect anything to that power strip.

If not, and the back-voltage is running through the black wire (our ground), then I still do not see how the diode is helping. The diode seems to want to pull the extra energy back to our power strip (which is why the anode is facing toward the left, where the motor's output is. But this doesn't prevent the current from still hitting the green wire which leads to the transistor's 'source'.

So how is this diode working?

Under normal operation the + connection of any inductive component (motor, relay, etc) is at a higher potential than the - connection.

During a "back EMF" event (the collapsing of the magnetic field) a large voltage of the opposite potential is generated. That means that the - connection suddenly becomes a much higher potential than the + connection.

That is very bad for anything connected to the - pin of the inductive load.

With the diode connected backwards like that across the inductive load, under normal operation, it does absolutely nothing. However, when the - pin becomes a higher potential than the + pin the diode will become forward biased and start to conduct. That allows a very low resistance path for all the energy stored in the coil of the inductive component to flow from the high potential to the low potential, which is what it wants to do.

Without it, the only way for that energy to get from the high potential to the low potential is through the rest of your circuit, which it won't like.

The excess energy at the - side of your motor wants to get to the + side. That's the only place it wants to go. It'll (crudely speaking*) take the shortest, quickest, route to get there. That means it goes through the diode and nowhere else. Straight from the black wire to the red wire of your motor.

When the transistor shuts off, the stopping of the motor generates back EMF (ElectroMotive Force) . This manifests itself as negative potential difference (voltage) across the motor. In plain English the collector of the transistor, connected to the -Ve side of the motor, is raised to a damagingly high voltage. If you include the diode, this voltage is siphoned immediately back to the positive rail, so the damage is averted.

Not the answer you're looking for? Browse other questions tagged motor transistor or ask your own question.

0
motor affecting time calculation between hardware interrupts
1
DC motor kickback diode?
0
Why won't the slide switches control the motor in this 123d simulation?
2
Use transistor to press button on external device
1
Are my stepper motors being burnt out? What is the issue here?
0
Dc motor backvoltage, how to place the diode correctly?
0
How can a DC motor (toy) be run with only an Arduino and transistor without an external power source?
0
arduino 28BYJ-48 stepper only whining, not rotating