So, I've got a music degree, 5 years programming with Ruby and 7 with Pure Data. I've also got hold of an Arduino and a Raspberry Pi.

Anyway, I've seen a number of Arduino projects which involve firing events which cause a stick to hit a drum, but I really don't know where to start.

I have a wicker penguin that I want to have play the drums: 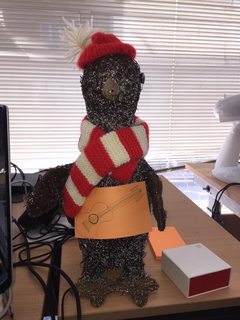 The approach I would take for the arms is to use a servo motor as these are fairly cheap and are closed loop so you don't have to add any extra sensors to check where the current position is. 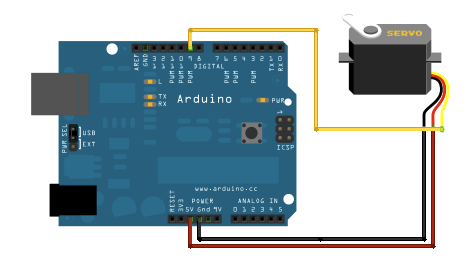 From this Arduino Tutorial

And then some very simple code to use the motor:

Your best option is to use the serial port on your computer. Figure out how to access a COM/serial port in Ruby. You can then send messages from your computer to the Arduino, but you'll have to figure out a way to structure the messages.

Not the answer you're looking for? Browse other questions tagged robotics or ask your own question.