How can Arduino control with a servo with only one wire?

I was playing with getting my servos to be on dedicated power, separate form the Arduino entirely, but obviously controlled by the Arduino. I originally had the ground of the Arduino joined with the - of the battery, but to my surprise my Arduino continued to control the servos when I remove the ground wire entirely from the Arduino.

I was under the impression that all electricity must form a complete circuit, and be a closed loop. But my Arduino can obviously send a signal to a component that has no return path to itself.

I feel like I'm missing something fundamental about a electricity. So my question is:

Why does this work? 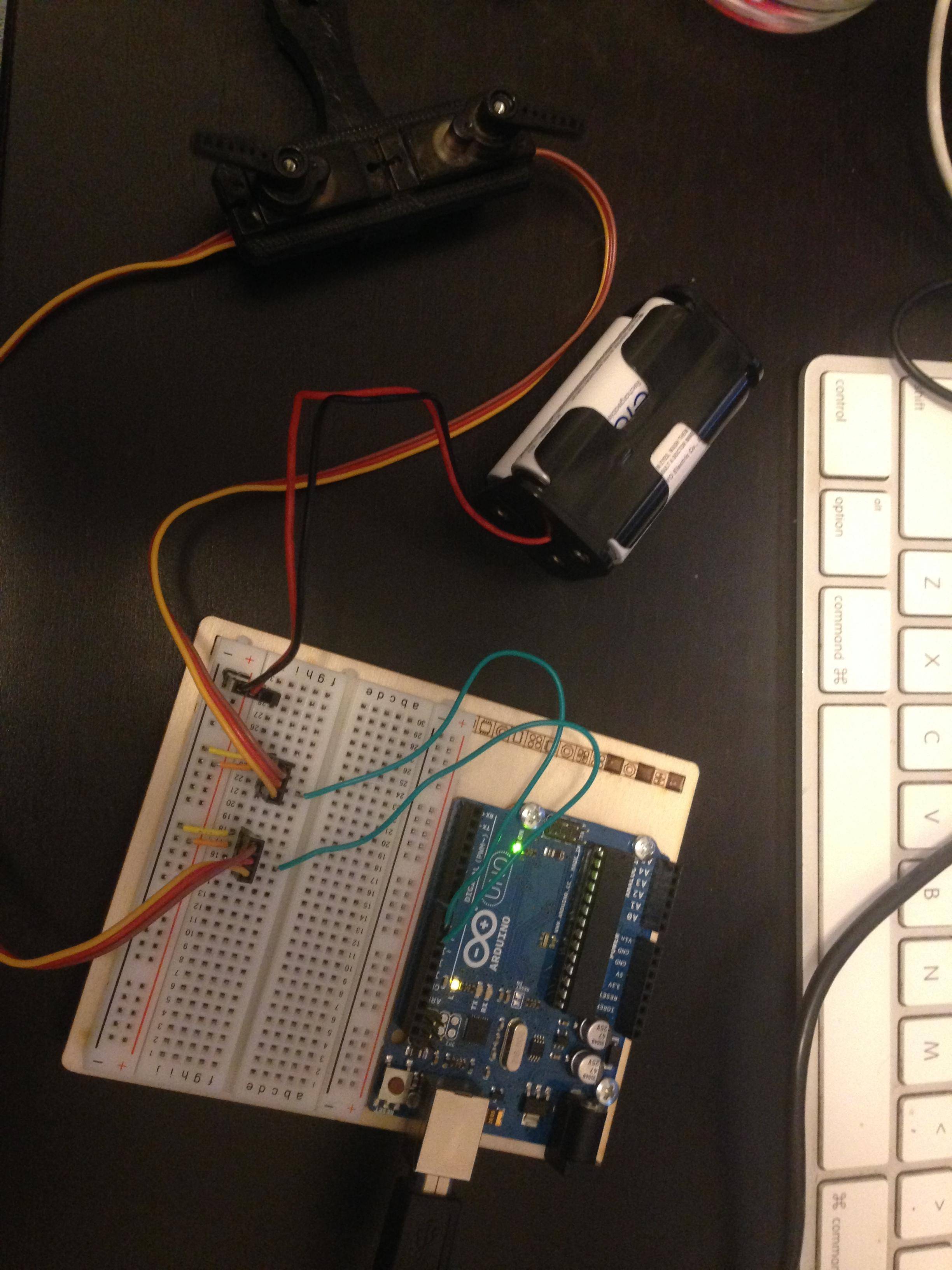 The return signal is probably the other wire's servo. This only works when the control pulses to both servos are not in sync. Pull one signal wire off the breadboard and both servos will stop working.

You need to interconnect grounds or you will get strange effects sooner or later.

6
How to measure voltage with Arduino analog input
2
Can I use relays with 10A125V~ for my 220V~ applications, safely?
4
How to protect my arduino, while hotplugging its power supply and other related electronics
2
Grounding for arduino, measuring phase controllled 240V
0
Can you use an input pin instead of ground in Arduino circuitry?
3
How to measure electrical conductivity using Arduino?
1
Calculate burden resistor value of current transformer and measure ac current with arduino
3
How can I check if my thermostat is on?